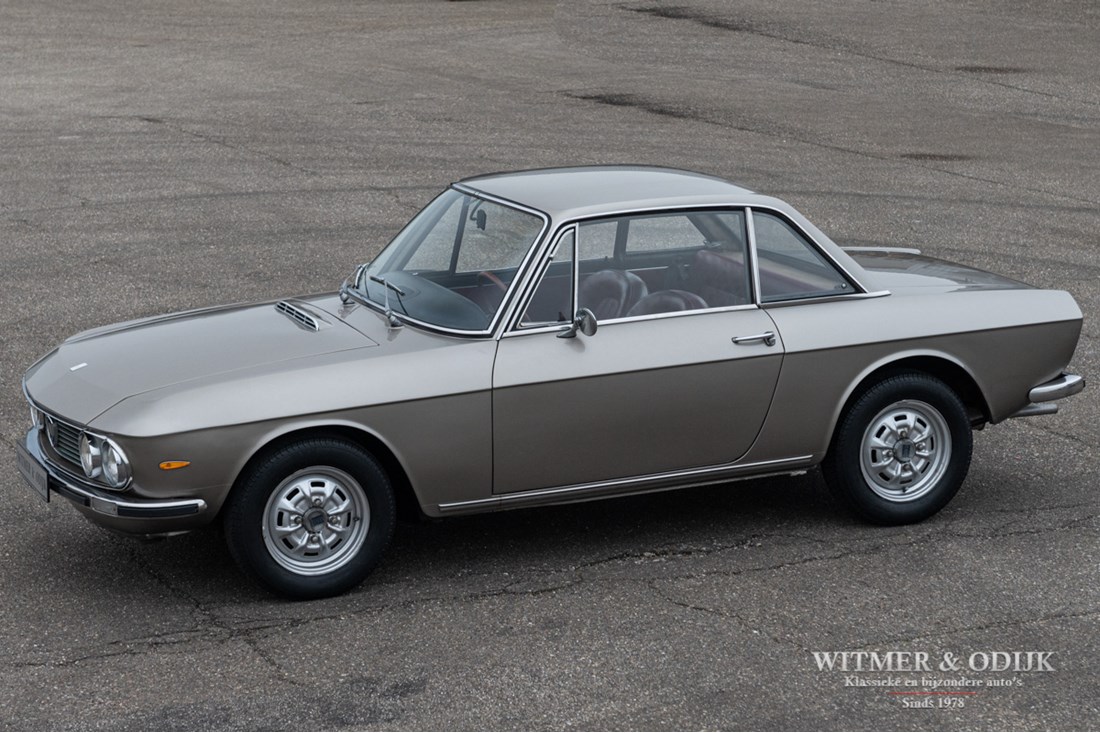 The Fulvia is a sublime mechanically refined car. Its styling however has only recently found appraisal with the general public. Hence for a long period of time they were not valuable enough to restore to high standards. On average older Lancia's are not as prone to rust as one might think. That image was constructed long after 1970 as it was Fiat who became the new owner of Lancia. The paintwork and rubbers will over time however have become dull and dried out due to Italy's various sunny locations. The minimum value Fulvia's had up until five years ago, meant full restorations were executed poorly. An original car is for that reason preferable. This here example is a beautiful and original car that has benefitted from a full respray and complete new set of rubbers courtesy of the burning hot Italian sun. The seats and rear seat were also beautifully reupholstered. Rest a meticulously original car. Look at the photos of the engine compartment, interior and boot. This Fulvia is also a proper Time Machine. It is a series 2 model with the slightly stronger, tweaked 90bhp engine and a five-speed ZF gearbox. A very well driving Fulvia with a mesmerising appearance. Quality of the highest level, rarely I see them in this state. I hope you share my enthusiasm.

Options were non-existent at the time. Fortunately no ugly radio has ever been fitted, preserving the originality of the dashboard.

Beautiful bodywork. Rust free. Perfect alignment, the doors shut perfectly. Original and smooth panelling. Executed in very beautiful and rare Bronzo Longchamp Metallizzato, an exquisite paint job. No Traces of usage, no dents and no scuffs. Painted by someone who was fully dedicated to deliver an excellent end result. New rubbers and seals have been fitted. Brightwork and stainless-steel bumpers have a wonderful shine. The rare and pretty colouration of this Fulvia assure it of a stylish appearance. 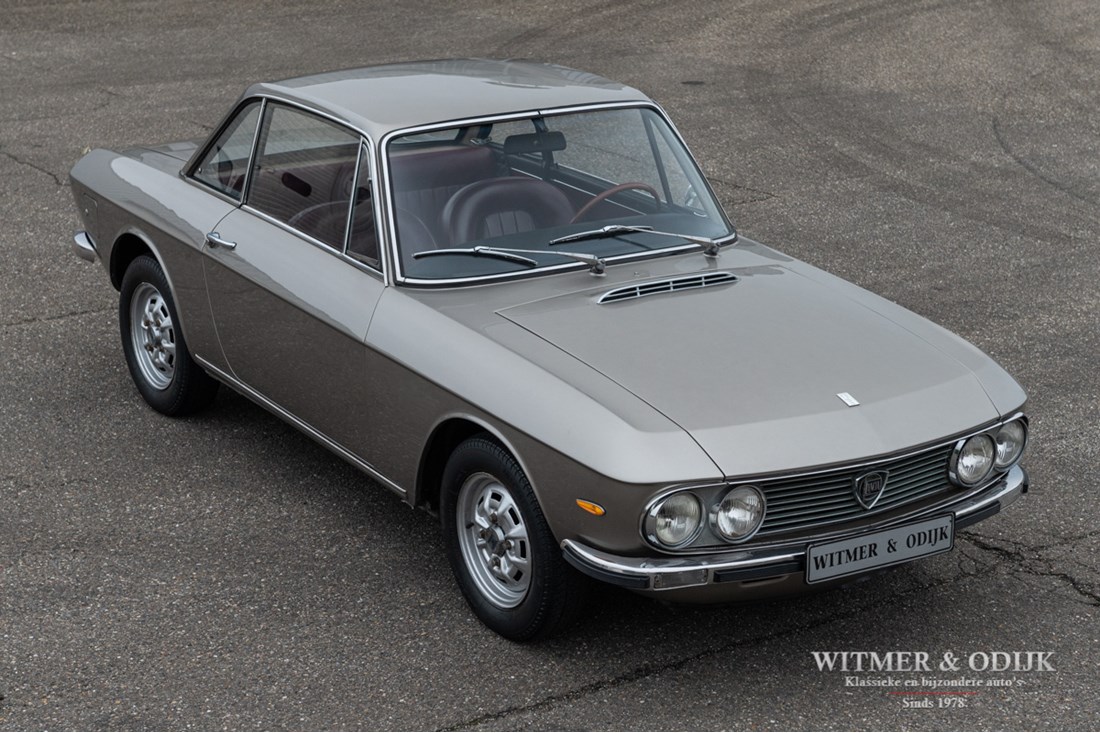 Inside the Fulvia it is as if time stood still. Nearly all interior components are original and from 1972. Door cards and dashboard are original and undamaged. Despite this Fulvia's heritage the dashboard has not cracked and there is also no other heat traces elsewhere in the interior. Beautiful wood inlay on the dashboard, and a functioning Jaeger timepiece. In real life the interior appears darker than the pictures portray, more of a burgundy colour. 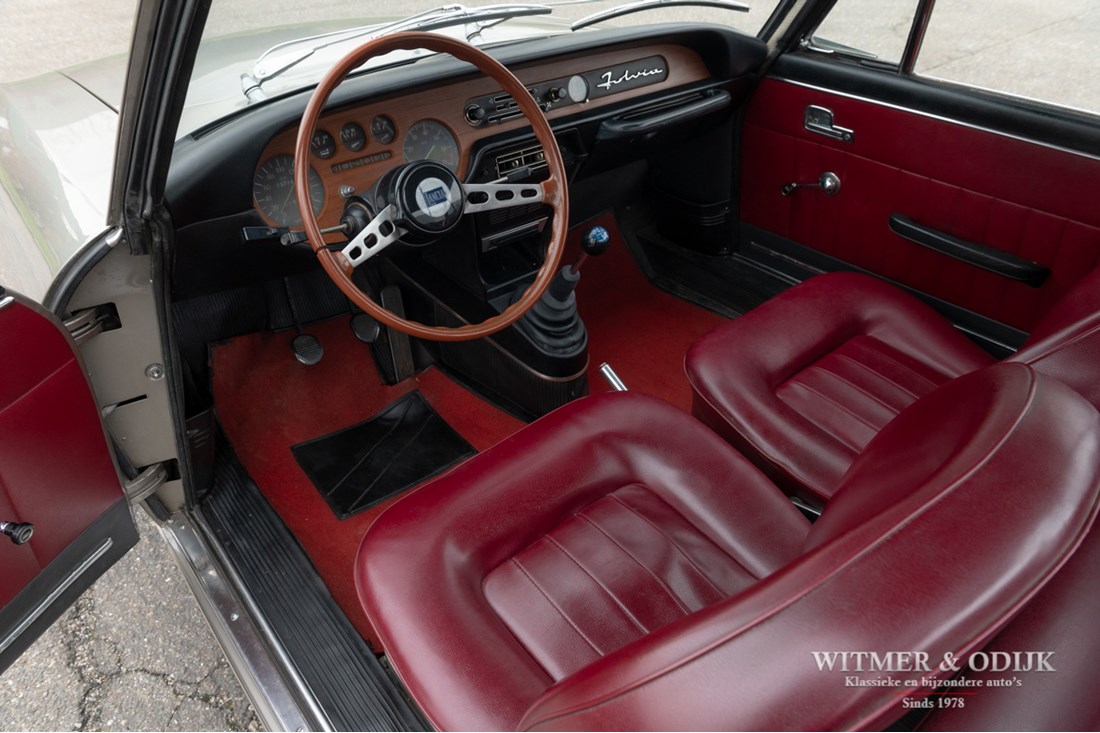 The engine compartment is fully original and untampered with. Matching engine with Solex carburettors. Nice smooth-running engine.
Visibly well cared for and beautifully dry. No rust here either. Original identification plate and factory stickers present. The boot too appears fresh is clean and free of rust. Original spare tire, carjack and toolkit are present. 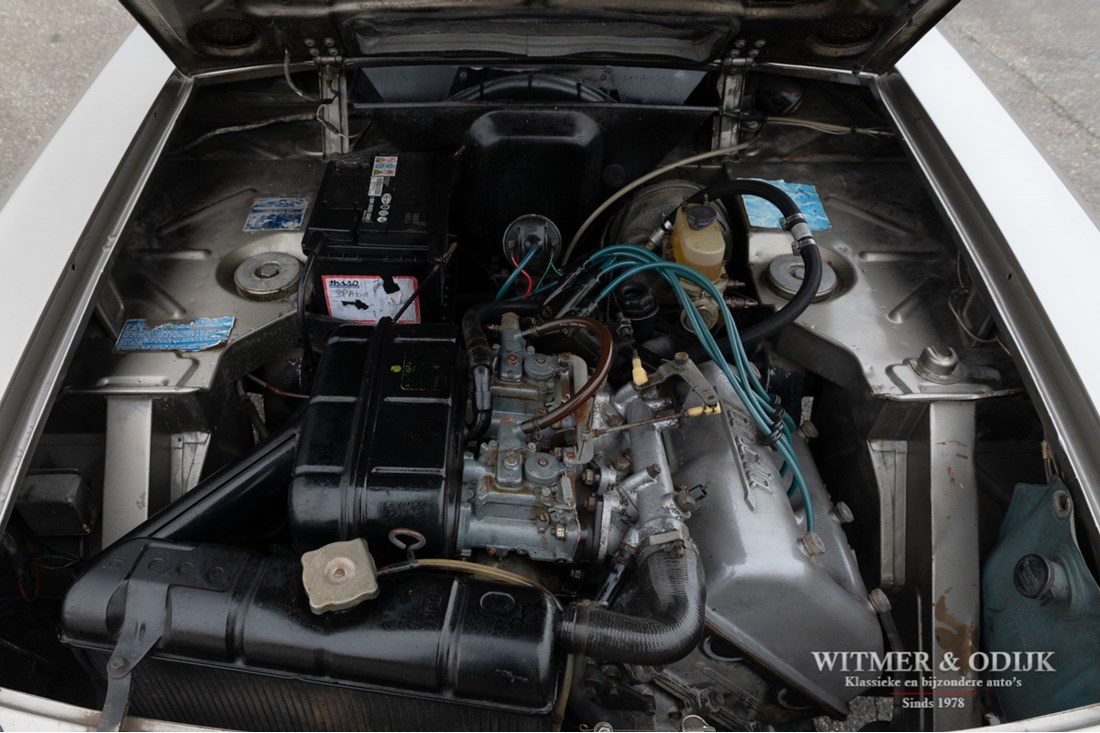 Only in Italy examples of this quality can still be found. Especially hinting at the quality of the body. Mechanicals can be revised, panelling with corrosion usually means the beginning of the end. Especially in this price segment where full fletched and qualitative restorations are not in line with the value. This Fulvia has a straight, solid and rust-free body. The car was fifteen years lovingly cared for by its prior Italian owner, and then restored with originality and preservation in mind. Hence now stands before you a 'Time Machine' that appears new, although from 1972, for those who want to experience classic motoring, a wonderful opportunity. She will be delivered with vintage Dutch registration (blue plates), new MOT and a service. Ready to drive at no additional cost.