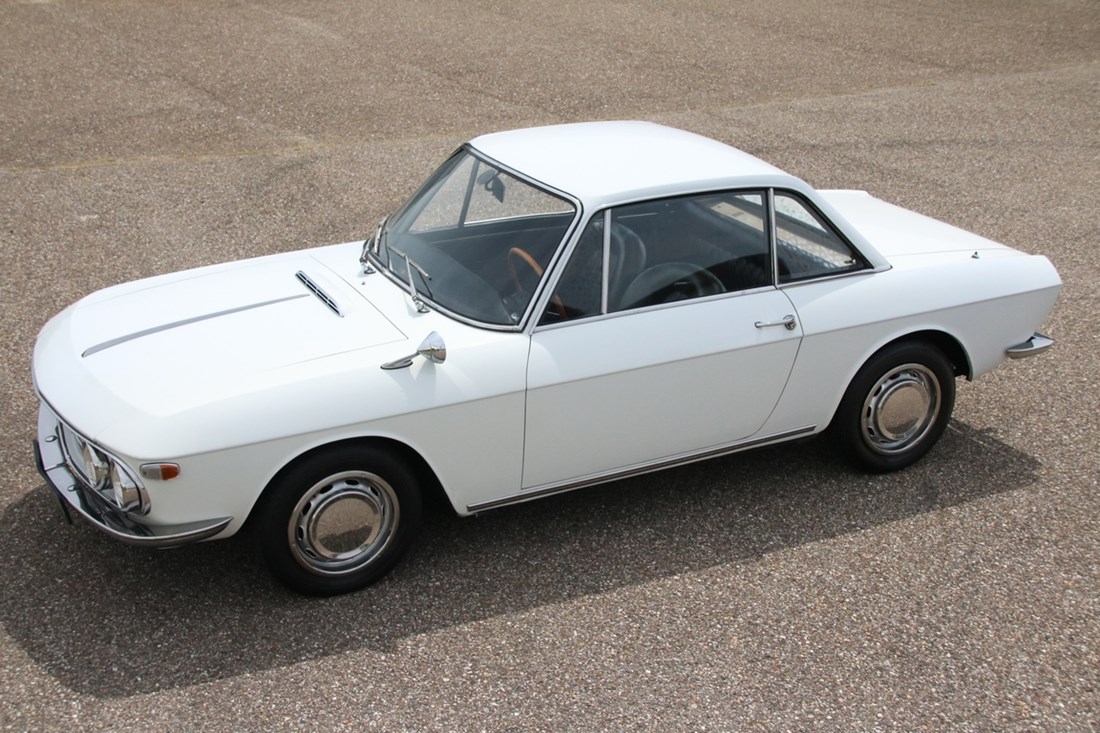 Named after an old Roman road running from Tortona to Torino; the Via Fulvia. This was the car that put Lancia on the rally-sport map. The Fulvia Rallye 1.3S was launched in 1967 as an ode to rally cars from the first series of Fulvia's; featuring special aluminum doors, bonnet-and boot-lid, which were also used for the rally and HF models. The engine power was increased to 87hp, on behalf of the continued development of the remarkable V4. Weighing in at only 925 kg, the 1.3S was a zippy sports coupe back in the day. The front-wheel drive set-up made the Fulvia victorious in several prestigious rallies, culminating in its victory at the World Rally Championship in 1972. Mechanically, the Fulvia was extremely progressive and expertly built, but commercially the car’s costly development and production eventually became Lancia’s undoing, with the company being taken over by Fiat in a later stadium. We all know how that turned out. The Lancia’s that were built by the independent company, founded by Vincenzo Lancia in 1906, are now much-loved and valuable classics, thanks to their premium designs, build quality and detailing. Oddly enough, this wasn’t always the case; in recent years the make as a whole has climbed up in value significantly, meaning that restored cars were restored on a budget back in the day. Hence, when in search of a Fulvia, it is advisable to find an original unrestored car, which, except for being repainted has its original paneling. I have seen perfectly carried out restorations, but unfortunately, they are very rare. The model offered here is a Fulvia Coupe from the rarest 1.3S Rally series in a wholly original state except for being expertly repainted once, for cosmetic reasons. A remarkably originally and well-conserved example. The windows were evidently removed during the repainting process and the rubbers have all been renewed. The Fulvia is an icon with unique lines and superb mechanicals and is therefore highly regarded by today’s connoisseurs

Options were hardly existent at the time. On the floor a rubber mat, the nice wooden steering wheel was standard equipment.

The body of this Fulvia is nicely conserved and original. Perfect fitting paneling. The brightwork and stainless-steel trim are in excellent condition with a deep lustre throughout. All window rubbers are new. Despite the repaint being some years old, the car has no significant traces of usage. No dents, stone chips, or other marks. The bumpers sit nice and straight on the body and have no signs of parking damage. Original glazing throughout without stone chips. All in all, a pretty occurrence, a picture could never do justice. 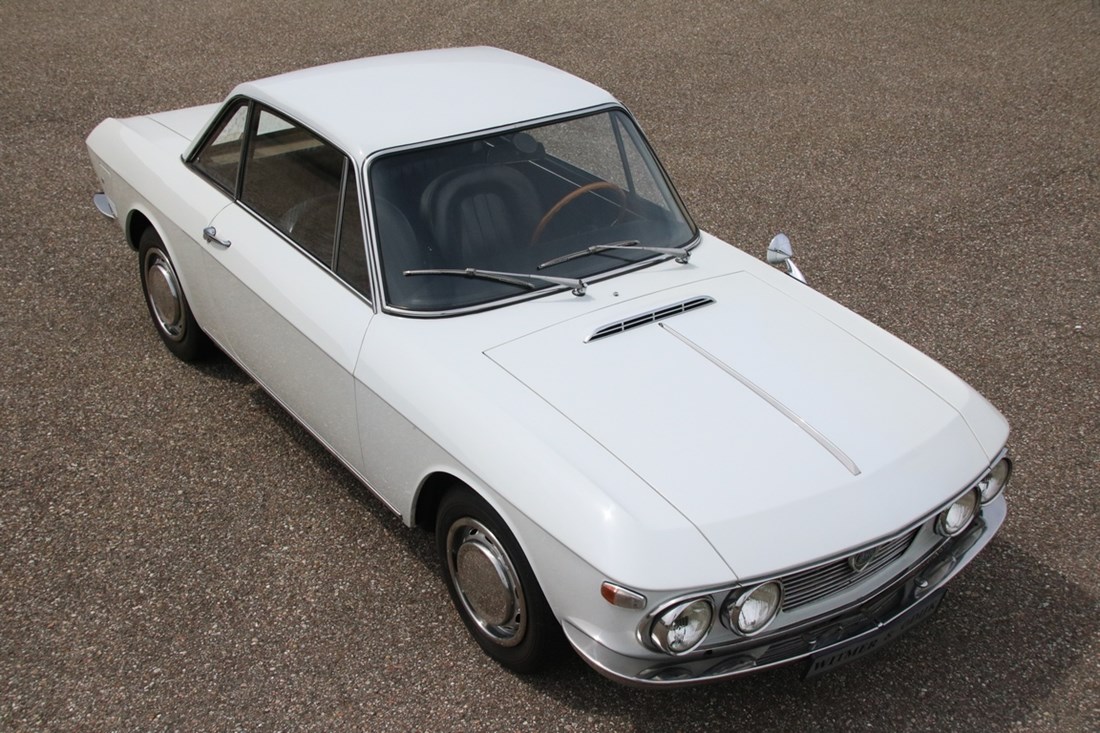 The interior is very special; wholly original and undamaged. A true time-capsule, unimaginable that this is all from 1967. Pretty and original vinyl upholstered seats, which still hold their original shape. Remarkable seats with 'open' backrest, note the rather special backrests, finished with chrome trim. The seats are undamaged and have no wear on the bolsters. On the floor the original rubber floor mats. The headliner is original and remains crisp white. All switchgear and gauges are clean and can easily be read. 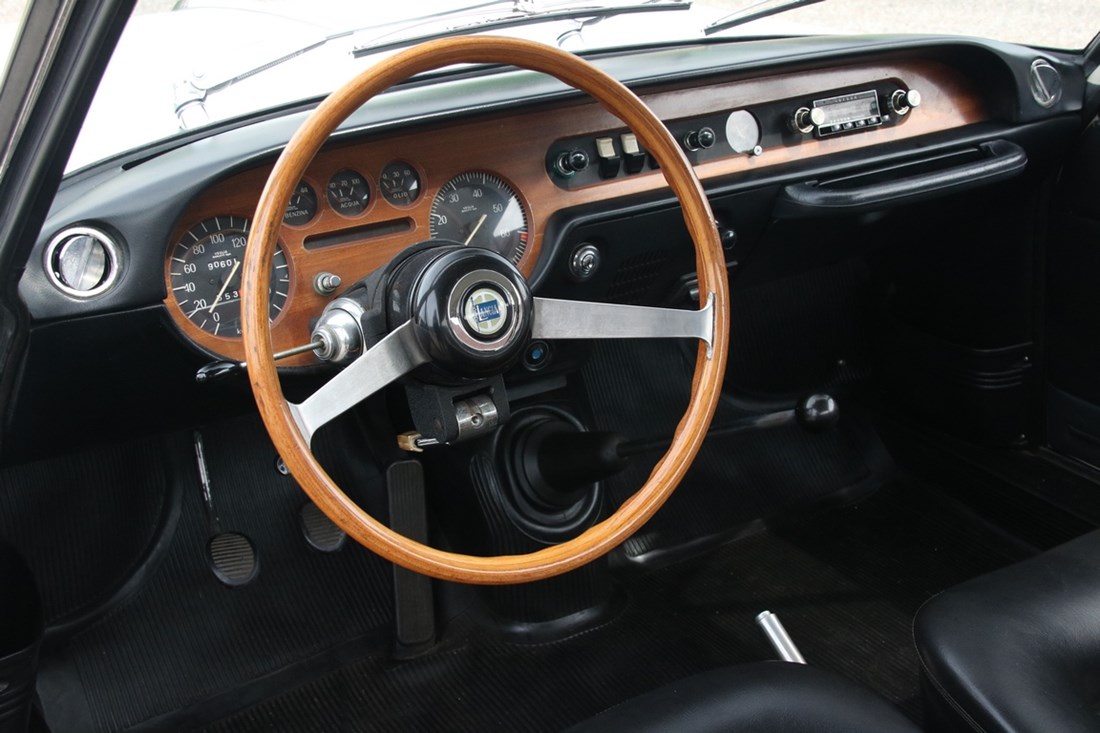 Up front one finds the original V4 engine which has such a small angle, it nearly appears to be an inline engine. Therefore, very compact, and placed low in the car. The complete engine compartment is nicely original and clean. All plates and factory numbers are neatly present and can easily be read. Original Solex carburettors. Engine runs nicely, sounds glorious and does not smoke. In the boot everything remains nicely original and undamaged as well. A full spare, jack and tools are situated on the original rubber mat. The steel wheels are fitted with chromed rings and good tires. 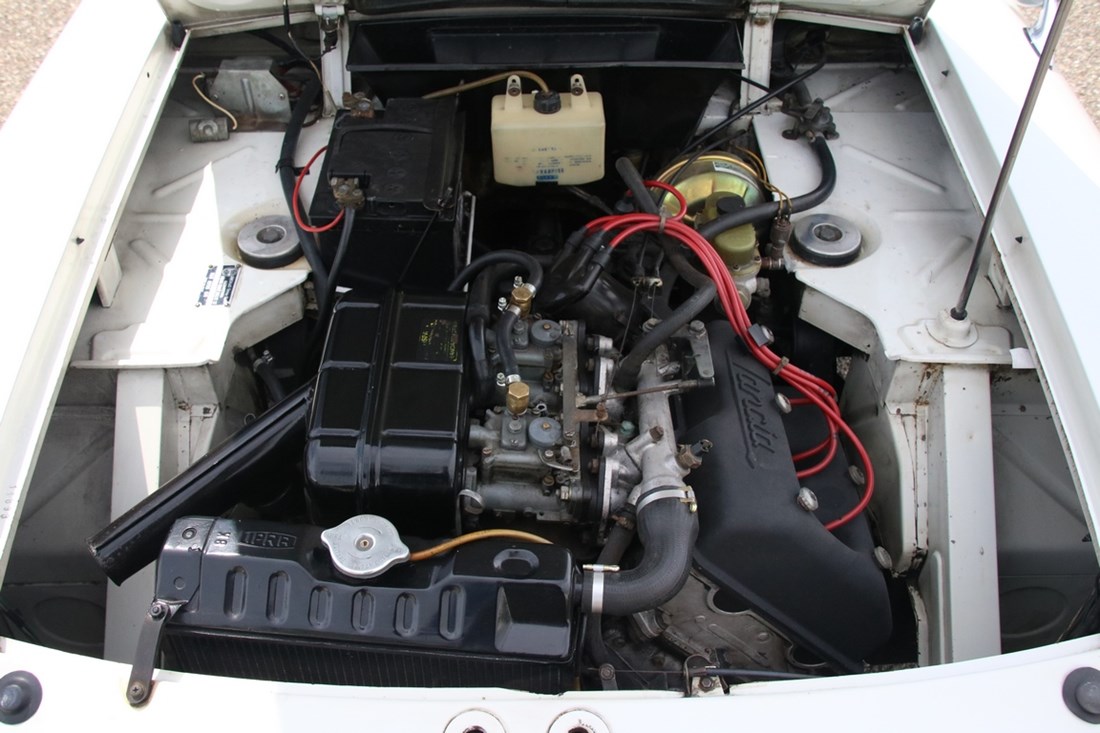