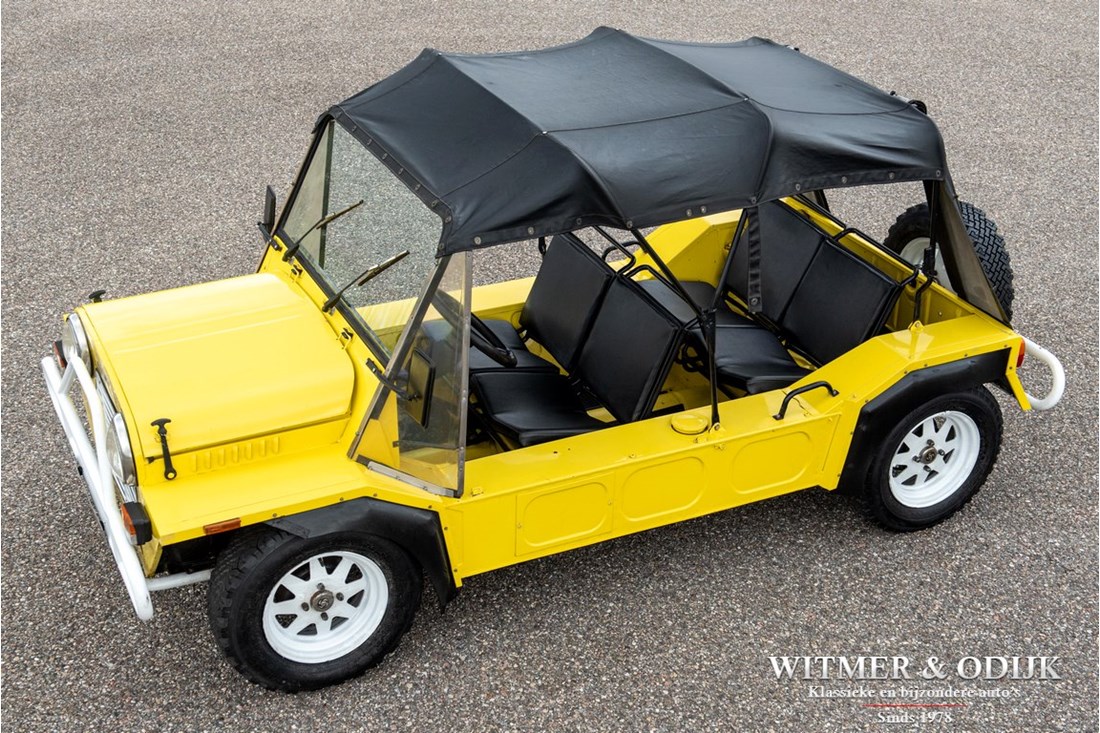 Originally meant to be used by the British army, the low weight ensured they could be dropped from helicopters, unfortunately the Mini Moke never earned its stripes in the army. The ground clearance was too little to tackle the rougher grounds, making it unsuitable for an off-road army vehicle. However, the Moke (another word for donkey in the English language) grew into cult status as soon as the 1960s, trendsetters drove them around the hip neighborhoods of London causing quite the spectacle. The airy concept of the Moke was especially suited for tropical countries and marinas, such as St. Tropez. Nowadays you can still expect to gather more of a stir driving a Moke around the Southern-French coastline than if you were sat in a premium SUV. The mechanical basis of the Moke is the world-famous Mini of course, the Moke shares the cart-like driving characteristics and drives just as zippy. In 1962 the first Moke was produced, and remained in production until 1993 under license by various producers. This example from 1972 is road tax exempt and very usable on the basis she is not in concours condition, and rust free of course. Delivery to Mallorca or Ibiza is pas de problème. 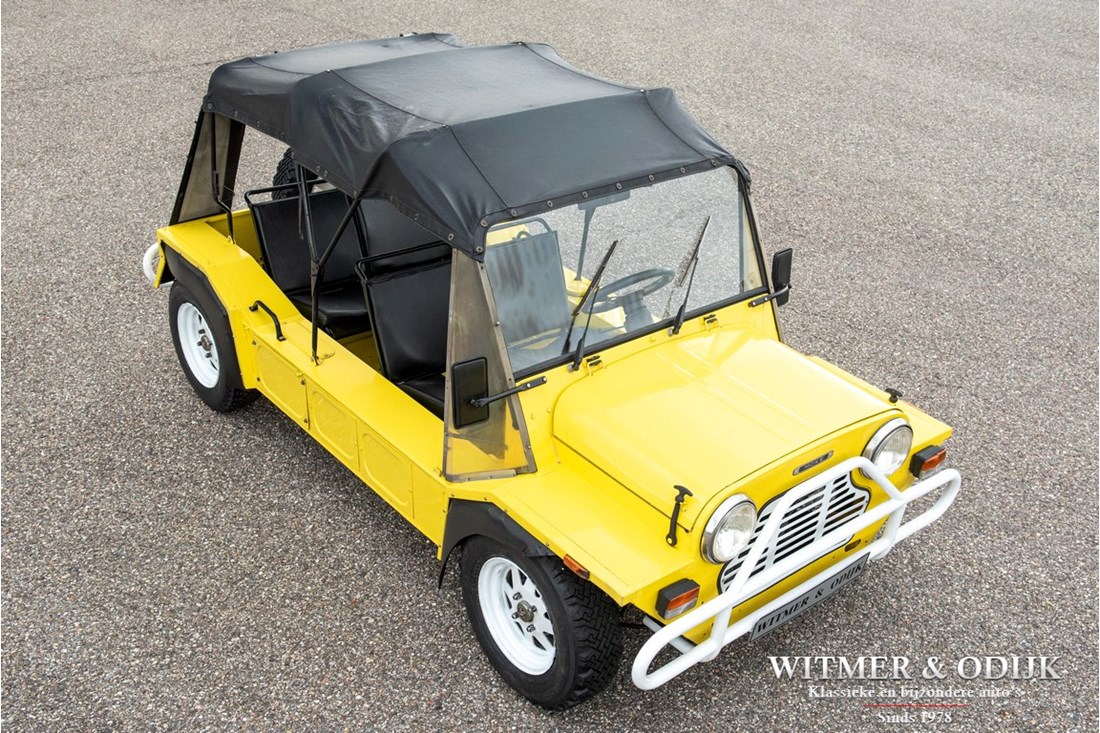 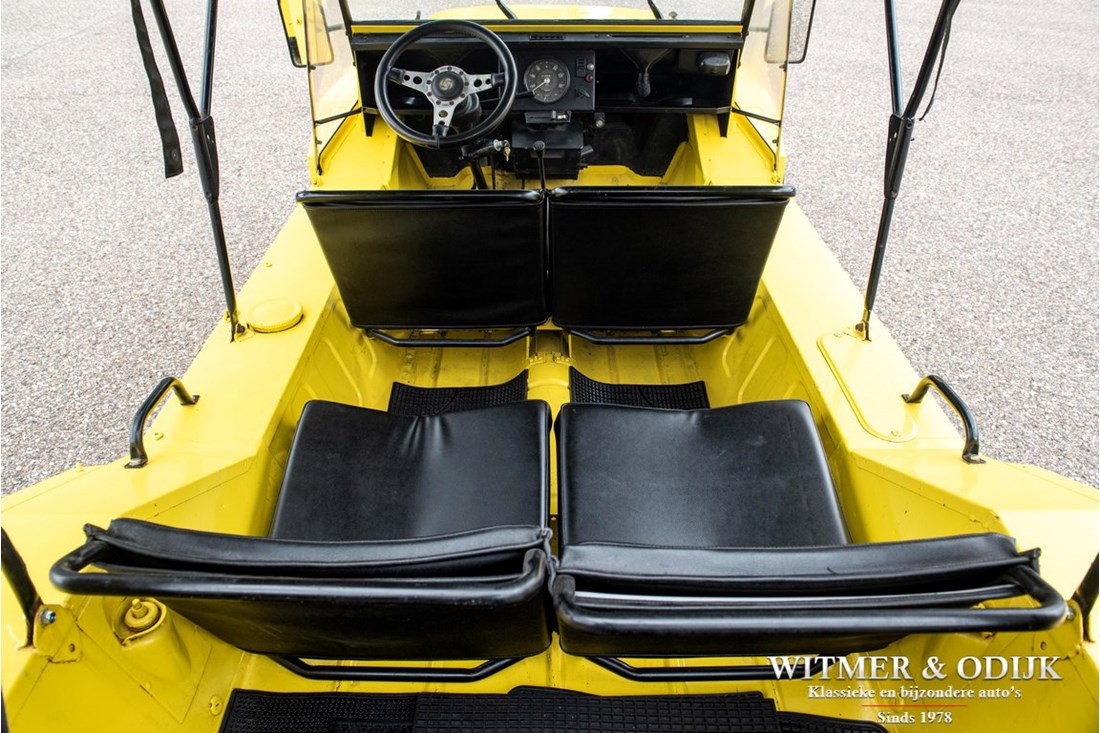