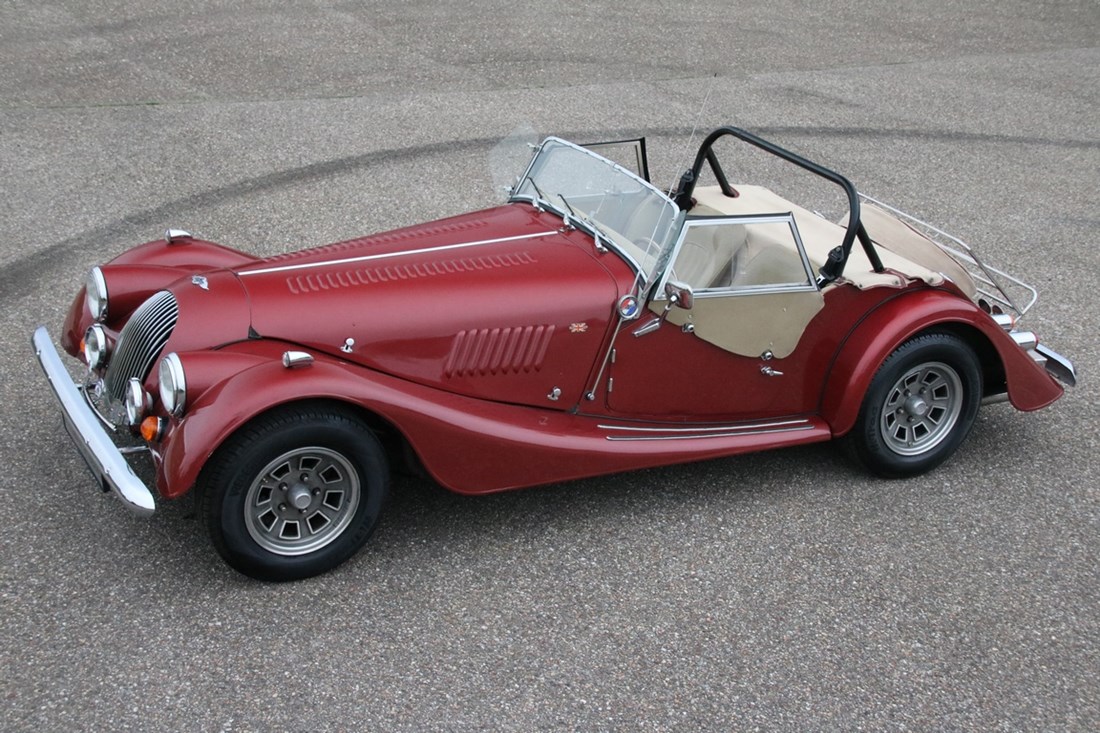 Led by already the third generation of Morgan, the company of the same name continues to build iconic sports cars in the English town of Malvern near Worcester, largely with the same tooling and methods as they have been using even before 1940. The basis conjoins a steel chassis with a wooden frame. Wood is widely available around green Malvern, you know. The first Morgan with four wheels saw the light as early as 1936 and was continuously build after the war as Morgan Plus 4. This Plus 4 was in its turn the basis for what would in 1968 become the Plus 8. The name suggests it, the Plus 8 received a nearly 160bhp strong V8 engine. This engine was supplied by fellow English make, Rover, which in turn had bought the blueprint off American Buick. Consider; the first-generation Range Rover was also fitted with this engine, think of what this would do with an open sports car weighing in just shy of 850kg. I can assure you, that is highly impressive. Quick, self-explanatory. However, she is also lovely to steer on narrow b-roads, doing this oh-so smoothly on behalf of the high level of torque produced by the big V8. The extreme rigidity of the chassis and wooden frame allow the car to handle razor-sharp with not one rattle. Long after introduction the Plus 8 remained the quickest accelerating English sports car. It is not without reason the Plus 8 is still being constructed in 2019, largely similar to the 1968 model, with wooden frame. A powerful design is not to be messed with. Here offered exemplar has an interesting backstory. Built in 1978 and imported to the Netherlands in 1995, readily as left-hand drive. Since the car has had just one passionate Dutch owner. It didn't take long before the Dutch Morgan Club laid eyes on him and chartered him as fellow board member. Being an artisan pastry chef, he even made the most delicious cookies which formed an exact replica of the Morgan logo. On several events the biscuit-tin was always a hit. Evidently the car received the same love and care. The car remains damage free, is rust free and has hardly any traces of usage. It concerns a lovely exemplar, complete with all accessories such as; convertible roof, side windows, extensive picnic-hamper and necessary documentation, which even includes invoices from the time this Morgan roared around in England. Melancholic and with some doubt the owner said goodbye to his love, and left her with me in Warmond, knowingly she would provide a new owner with another 25 trouble-free years of fun. An investment you can expect to hold its value very well, how beautiful can life be with such a magnificent car? 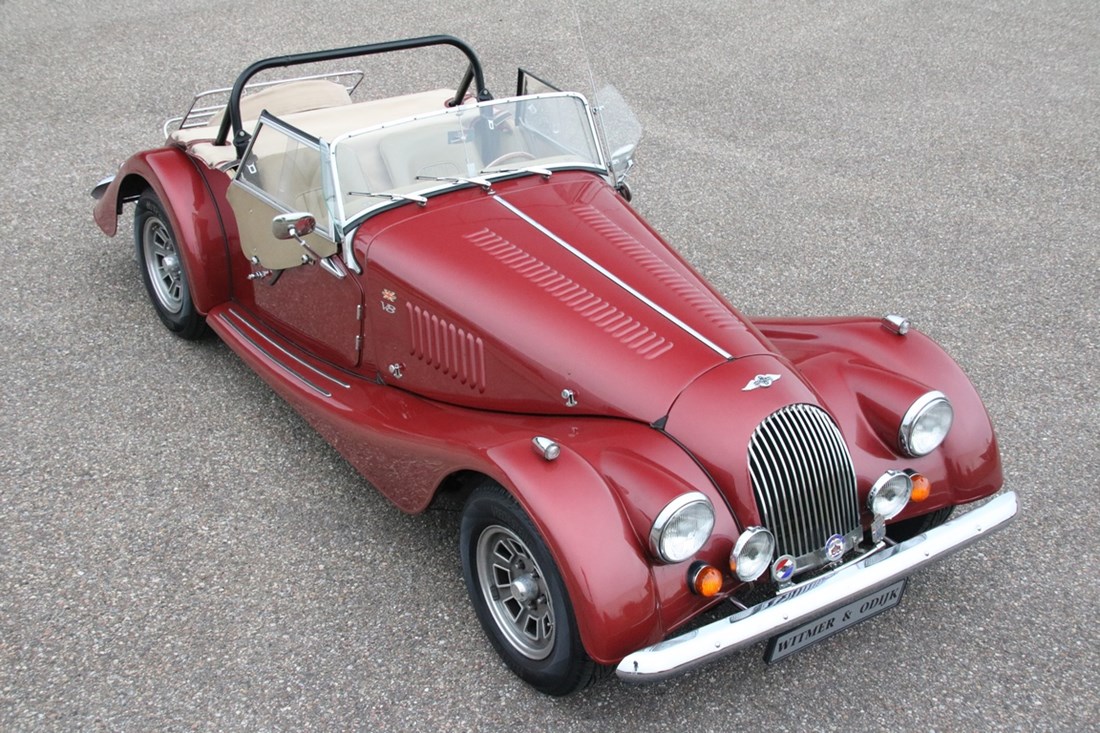 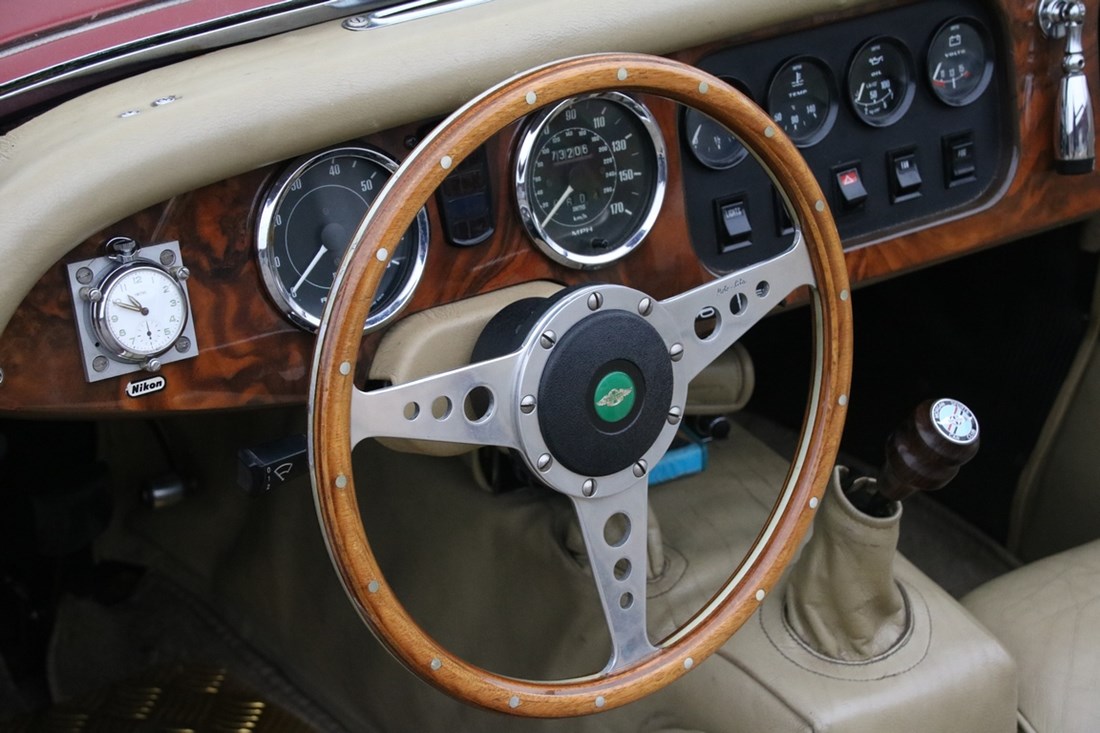 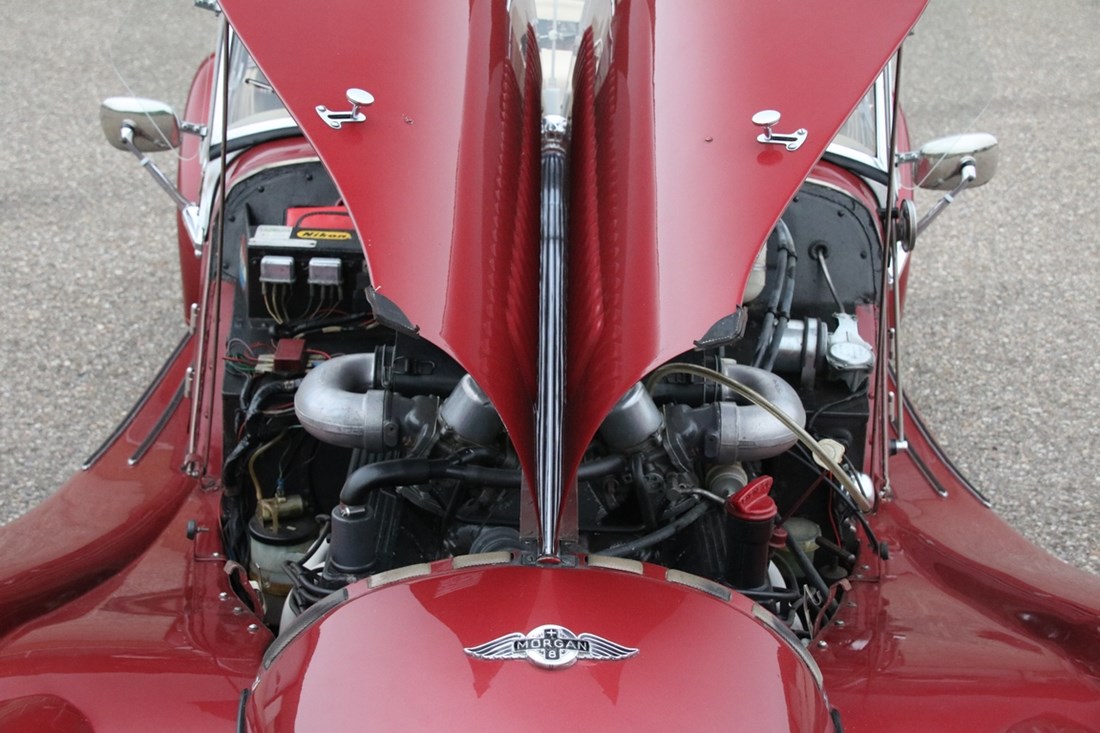