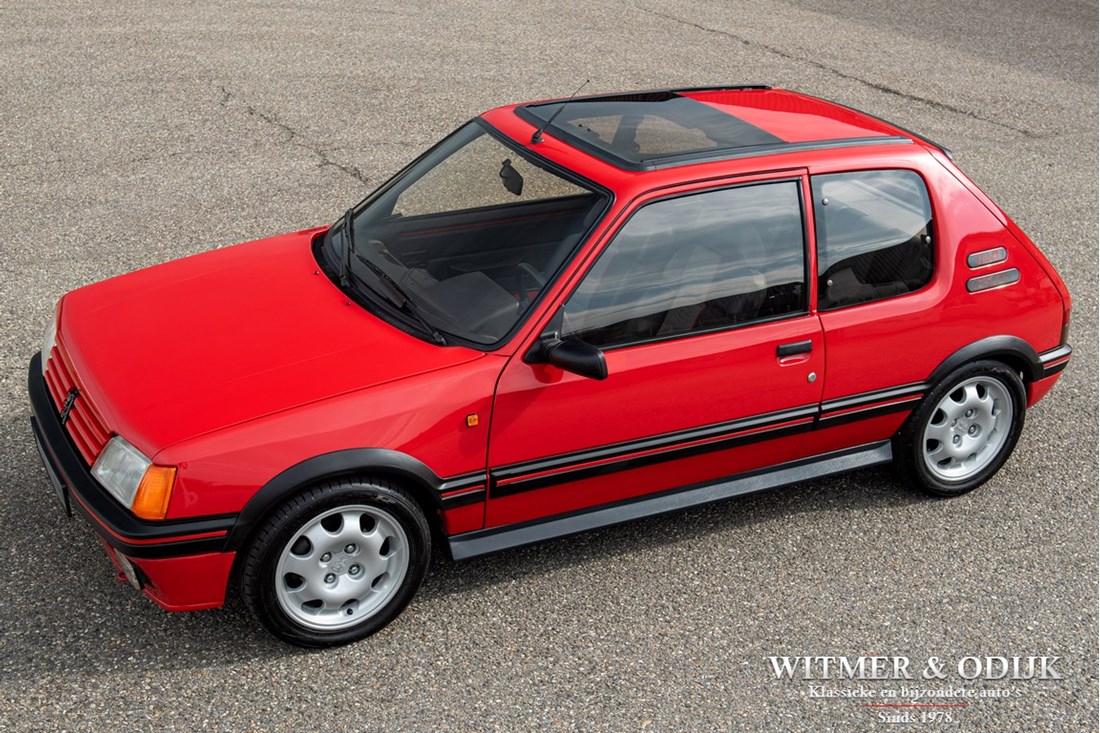 I have chased them... there you go, a confession from my very own youth. That sort of shows how much I liked the 205GTi. When I saw one I kept driving behind for as long as I could. At home I must have read the brochure a couple hundred times each night. With some additional credit, the dream became reality, I just had to have one. Three examples I drove from new, proud as a peacock, always with a big smile on my face. My brother lived in London at the time, and quite regularly on Friday nights I absolutely darted over there doing far over 200km/h. In a straight line through Belgium to Calais, you don't see too many corners unfortunately, but that all changed when I went on holiday to Italy with friends. Those roads! The most fun car I ever owned, the 205GTi. Youth-sentiment? you ask, now 25 years later the love for this little car remains and it seems everyone agrees; they are still just as popular as when they were new. Together with the Golf GTi they are the founders of the hatchback mania that followed shortly after, and is still very much alive today. The Gti meanwhile has grown up to be a true classic, last month the car even featured on the cover as "Hot Hatch" of the English Octane. Credit where credit is due. With 130bhp on the front wheels, a very nice power to weight ratio, seats so comfortable you would want to drag them inside your house, and subtle red details throughout; the ultimate classy hatchback with some actual style. For those trying to self-medicate their midlife crisis, I have some tough news; finding a nice example is hard. After all, nearly all examples lived hard lives when they reached the bottom of the depreciation scale; they are rusting, have unbelievably high mileages, are truly driven until the engine lost half of its power or have been in a crash. Back in the day they were too affordable to be stored in a garage under a cover, what rather happened is that many a student had fun with them in their in-between period. In short, do you lust after such a time-machine wherein you can feel slim and fighting fit? it is going to be quite the chase. Naturally doctor Hans knows what to do, he managed to source you a healthy 205GTi. The midlife-crisis I can quickly anoint with one dose of this hot piece of emotion. Come sit in it and experience the atmosphere from back then, won't cost you a thing. This first-series Hot Hatch with the popular GTi badge might just be the most fun from the whole line-up of quick 90s Peugeots. One thing that's for sure, is that it is the one with the prettiest wheels out of all of them. The forged wheels are also the point of recognition of the further highly distinguished GTi. Weighing in at a mere 885kg and with 130bhp (the scarcest and most lusted after version) from the fuel injected engine, which you can and should take all the way to 6000rpm, she offers blissful classic driving fun. Agile and nimble, all that is happening under the car is pleasantly communicated through the steering wheel, granting you the trust only a GTi could provide, wonderfully balanced. From my own experience I can assure you there are hardly any cars out there that offer this much fun for this price. And then there are the looks, the simple appeal of a supermodel with class. To find an original unmolested example is rare, because the ones with high mileages often fell into the 'wrong hands'. This neat and well-kept formerly enthusiast-owned Gti is the famous exception. Original and accident-free, low mileage, and without damages. Meanwhile she has also been discovered by the enthusiasts/collectors of this world. That drives the prices up, when it concerns an honest example, despite that now up for sale for a relatively modest € 15.950, - With an original sunroof. 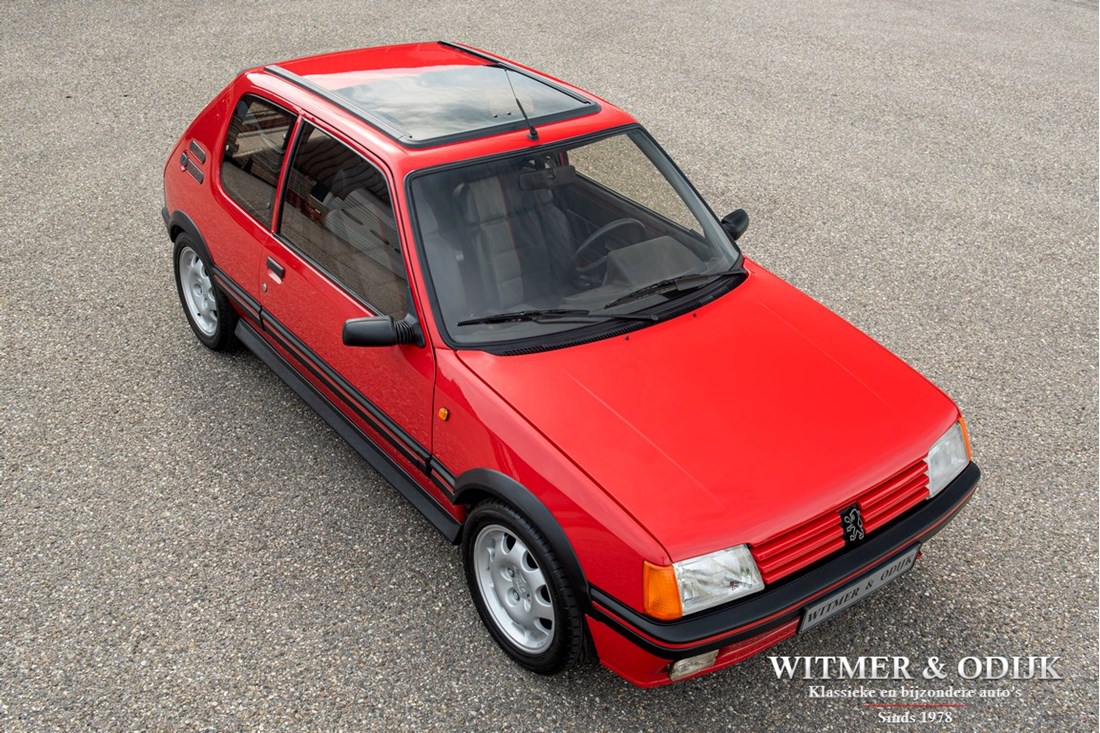 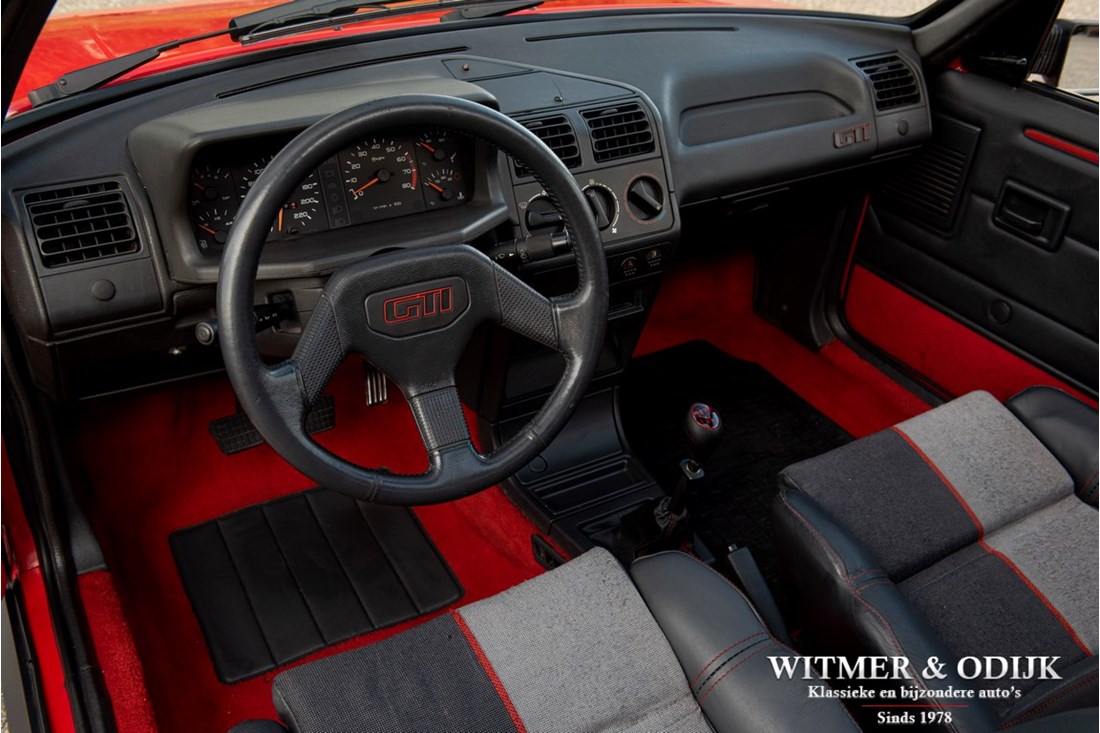 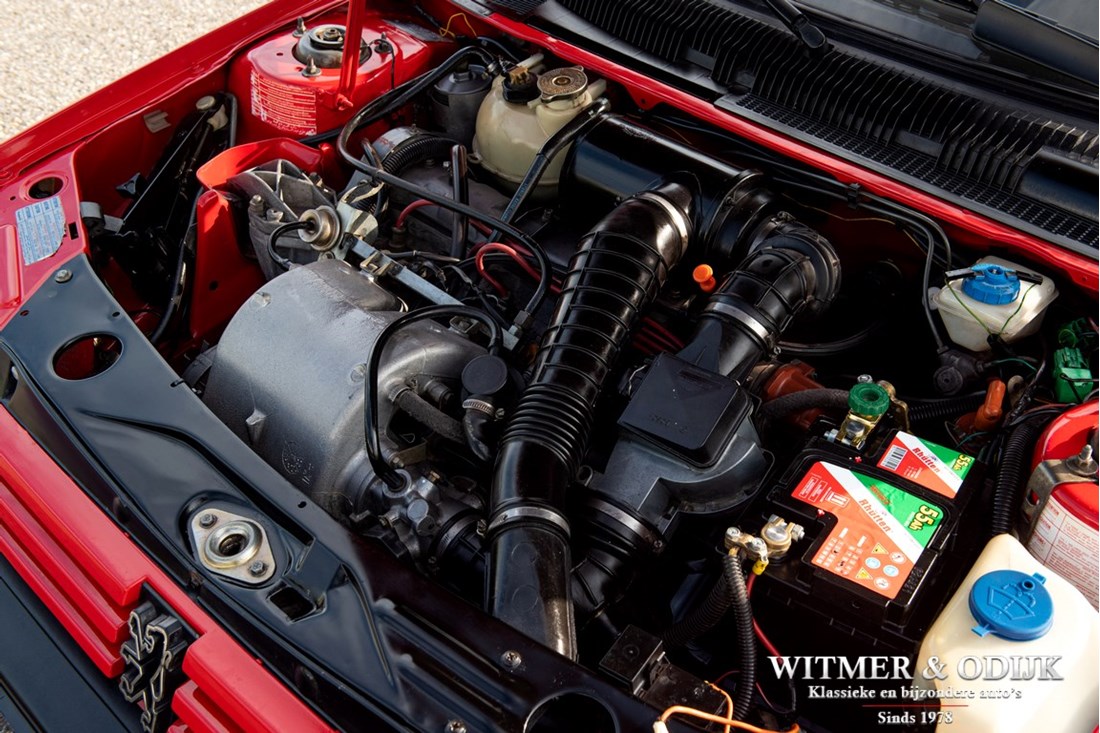