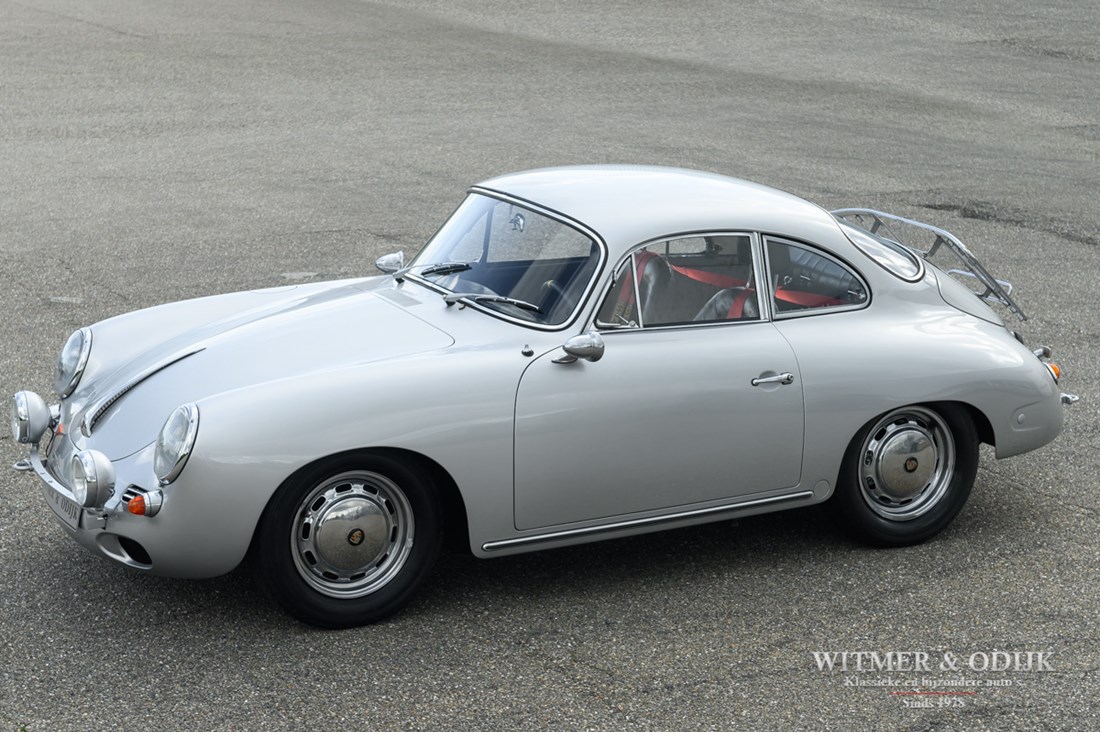 Champion in the house! This Porsche 356SC won the national championship twice between 2000 and 2013 and has made many podiums in well-known rallies. These results have been achieved after the previous owner acquired the car in 2000 and had commissioned to have the engine fully rebuilt by a renowned specialist. The capacity was bored out to a hair shy of 1700cc and fitted with the street-version of Shasta racing pistons, a 280 degrees camshaft and a fully uprated oil-circulation which on behalf of a Can-Meca microfilter filters the oil 100 percent, quite the upgrade compared to the usual 10 percent from the stock canister. The carter was specially fitted with a balancer to prevent supply of infiltrated air. The engine was subsequently accordingly ran in and now produces 115 to 120bhp after testing on a rolling road. After the rebuilt the car covered just 10.000km. Mechanically the car further was fine-tuned with a fully rebuilt and split (disc) braking system, a conversion to 12V (so the car will always start), new orange Koni dampers, a Zürcher sports exhaust, K&N air filters fitted to double Weber carburettors, a rebuilt gearbox (Ken Wunsche in Germany), additional gauges, and many more. In 2013 the owner decided to put a halt to his successful rally-career and commissioned to have the car wholly restored by one of the top 356 specialists in the country. Over a period of two years Wessel Restauratie restored the car in the broadest sense. The body is as a result the paragon of craftsmanship. After complete blasting of the body and with new metal fitted where needed she became straight, solid, and perfectly shutting once again. A detailed photo report is present. The body- and paintwork is of a very high standard. It’s evident this Porsche 356SC was brought to pristine condition without concessions, the incurred costs for the body- and paintwork alone surpassed €60.000, -. With the car a file full of documents that is fist-thick with invoices, work orders and photographs to display the life this car has had. On behalf of comfortably supportive bucket seats and revised mechanicals the car is all-round applicable to be entered in either a relaxing cruising rally or the real deal. The original and idem new-condition bumpers and overriders, as well as the valuable original steering wheel are included in the sale. As ever the costs of the restoration have comfortably surpassed the real value of the car. For you the opportunity to collect a modestly priced extensively prepared rally car to appear at the start with, or to cruise Route Napoleon calmly. Either way foot to the floor. 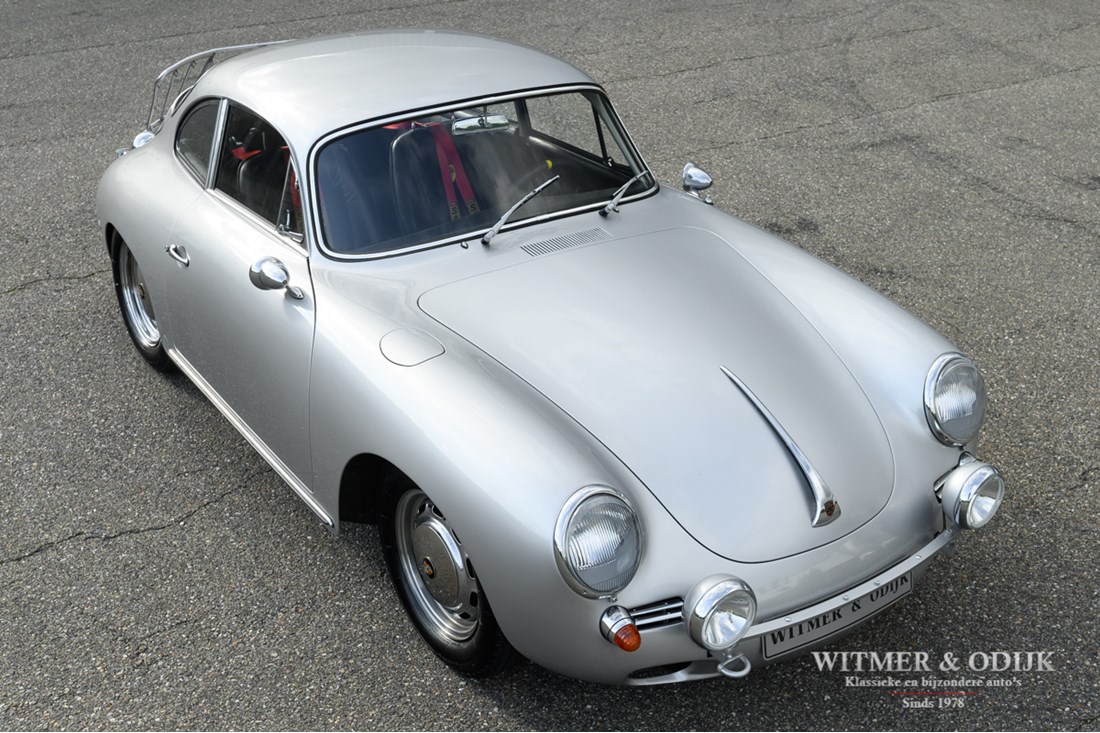 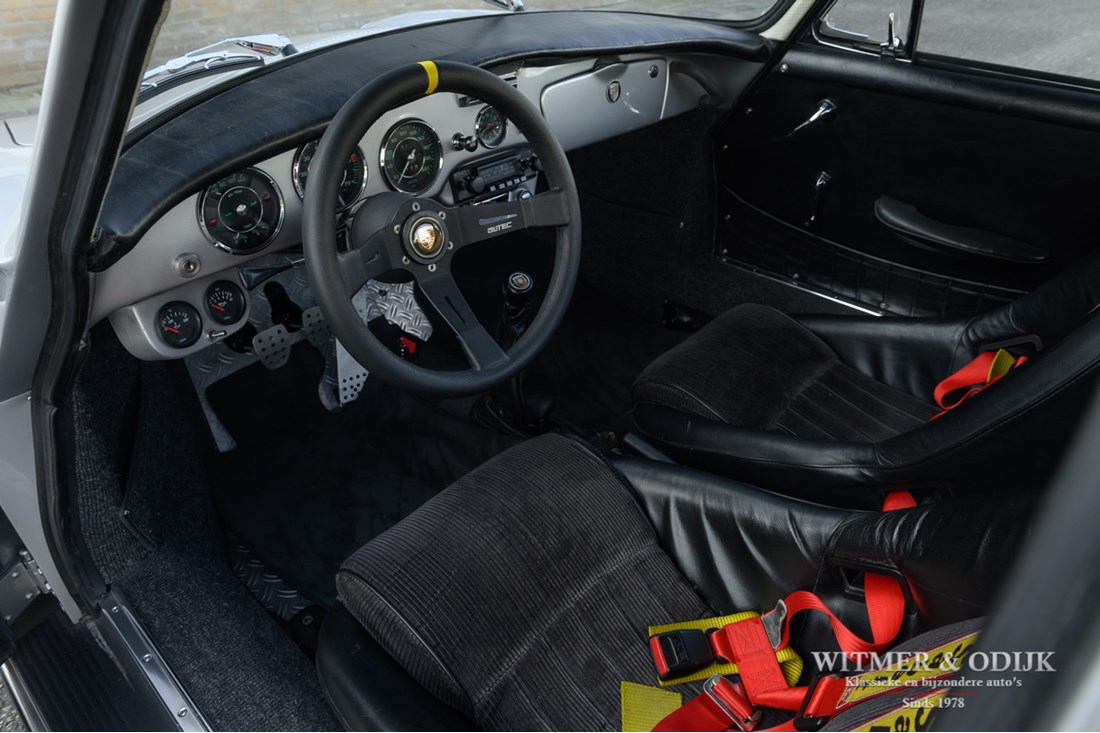 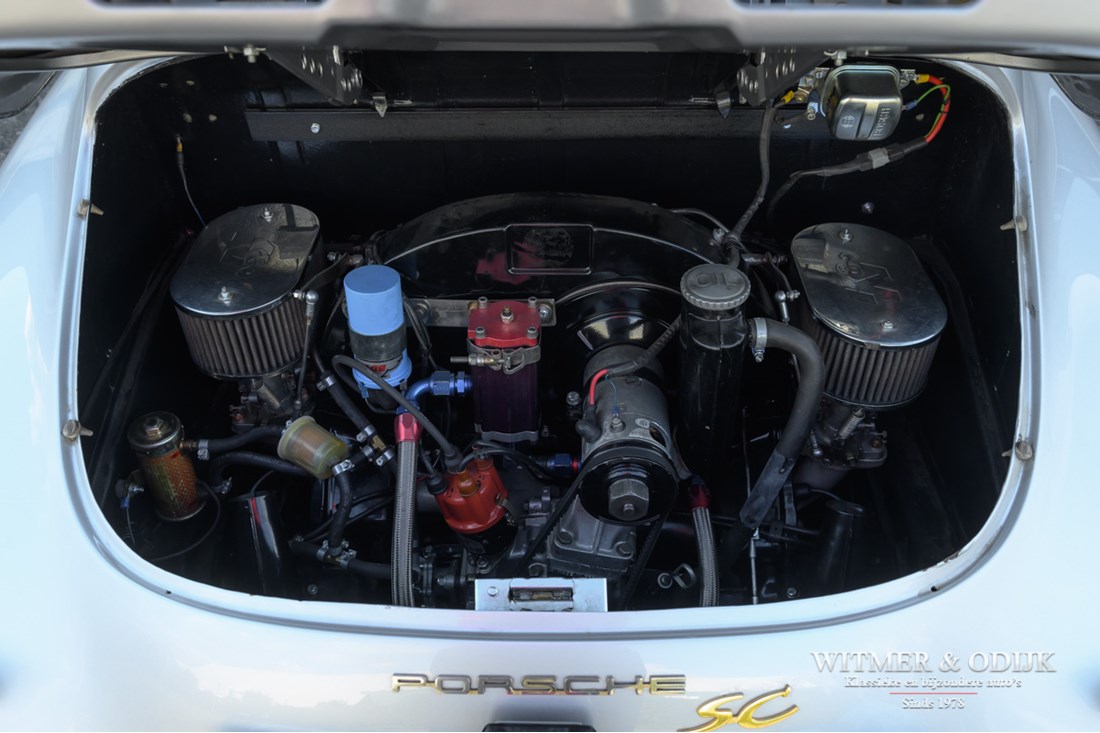