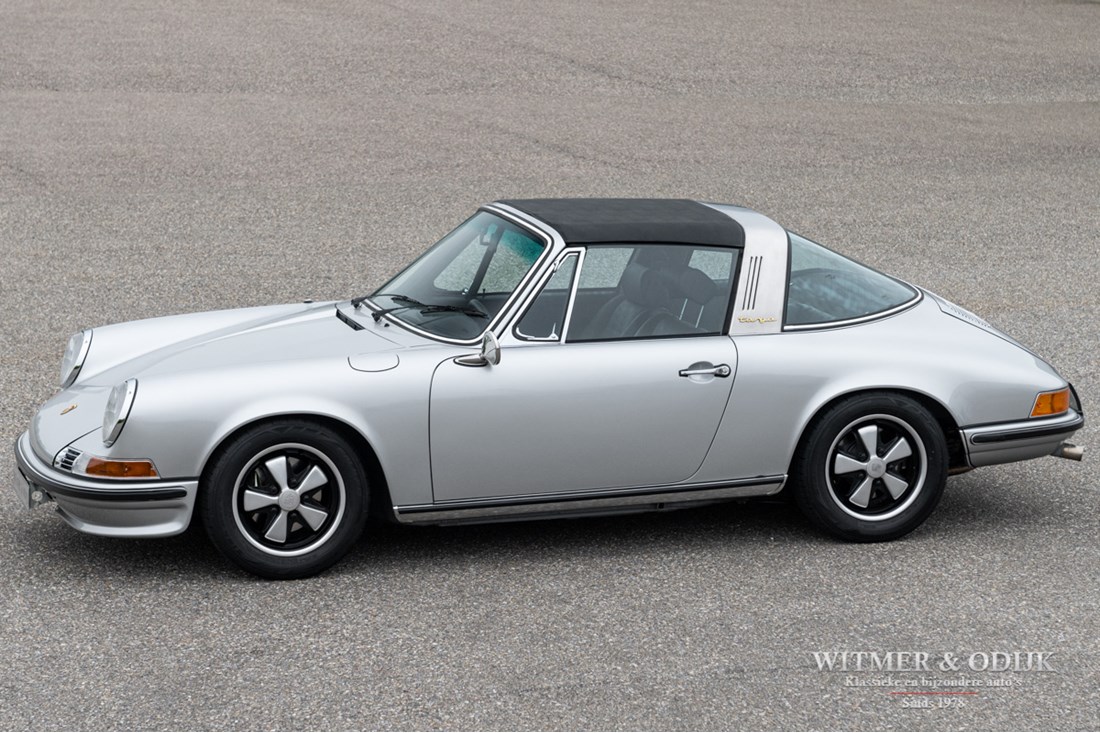 It is for good reason the newest Porsche 992 Targa is equipped with the legendary stainless steel brushed Targa roll bar once again. The stylish Targas from the 60s and 70s were the inspiration to bring back the original design, mainly to commercialise on predecessing Targa’s sans Targa roll bar. Now you see, a 1970s 911 is mechanical light years removed from a modern 992, but park them front to rear on the boulevard and observe from the terrace which one gets more onlookers. Want to place a bet? The undeniable charm of the original 911 Targa has such a distinguishable and characteristic profile she grew up to become a style icon. Moreover, she is practical as well; one can drive with the Targa top removed without the turbulent wind you can expect in a true convertible, and safe above all else. A true example of 'form follows function' as the Targa roll over bar, despite its stylistic appearance, is ultimately an item of safety equipment to protect the occupants of the vehicle. Offered 911 Targa is a so-called S model, which defines the sportiest version, fitted with the most powerful engine with mechanical fuel-injection which delivers 180bhp. Mighty impressive for the period, and it still is in these modern days as these early 911s are incredibly lightweight. This makes the 911S a smooth, and when desired, blisteringly quick sports car, accentuated by disc brakes all round and race-derived 'dogleg' gearbox. With the Targa top removed, the exhaust note is phenomenal, this particular restored 911S is namely equipped with a lovely sounding stainless steel Dansk exhaust system (on request we can fit a stock exhaust). Between 2012 and 2013 this 911S was completely rebuilt in Germany for one of our customers. No details were overlooked, the mechanicals were completely renewed, and the body and floor pans were restored from a rust free base. A comparable project including the acquisition of a 911S in relative health would now far exceed the current purchase price of this vehicle. It is therefore one could call this a sensible decision. Add to that decision the relative rarity of the Targa within the 911 realm, as total Targa production accounts for just 31% of all built 911s. Rarity has always been an important pillar for value substantiation of such an investment. Cars are fun!

This 911S Targa is equipped with the much sought after and valuable Recaro seats. These seats optimize the contact your body has with the car which truly heightens the driving experience and steering feel. They also accommodate more space, support and comfort for taller drivers. The seats have been reupholstered using genuine leather. A period radio has been fitted with in the glovebox a hidden iPod connector. Additionally, the car is equipped with tinted glazing all round and gorgeous original Fuchs wheels in new condition.

The solid, straight and naturally rust-free body has been painted professionally. Wholly dust free and of a very high quality. Correct and symmetrical panel gaps, perfectly closing doors, bonnet and boot lid. All rubber seals have been renewed. The Targa top, which has been fitted with new rubber seals, fits perfectly snug on the renewed rubber seals on top of the windshield frame and Targa roll bar, and can be installed and removed easily. All brightwork has been renewed with original Porsche parts which remain deeply lustrous. The tinted glazing remains blemish free. The overall appearance of this completely restored 911 is of a very high quality and would be described by your typical car salesman as 'in new condition'. 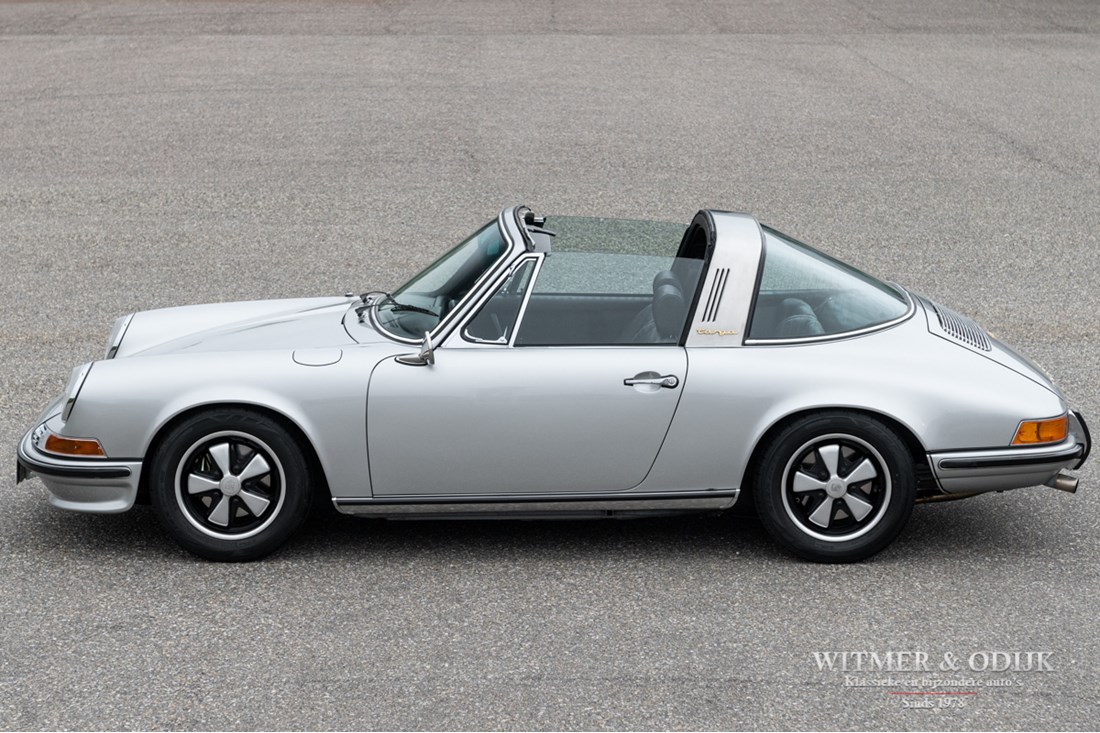 The interior has received the same level of attention and has been renewed throughout. The sought after Recaro seats with headrests have been reupholstered in black leather. The carpeting, door cards, dashboard, steering wheel, Targa top etc. have all been newly reupholstered using original and/or correct materials or have been replaced. All switchgear, gauges and levers are fresh, and function accordingly. The door bins which are almost always shot have been renewed and fit snug with the door card trim. 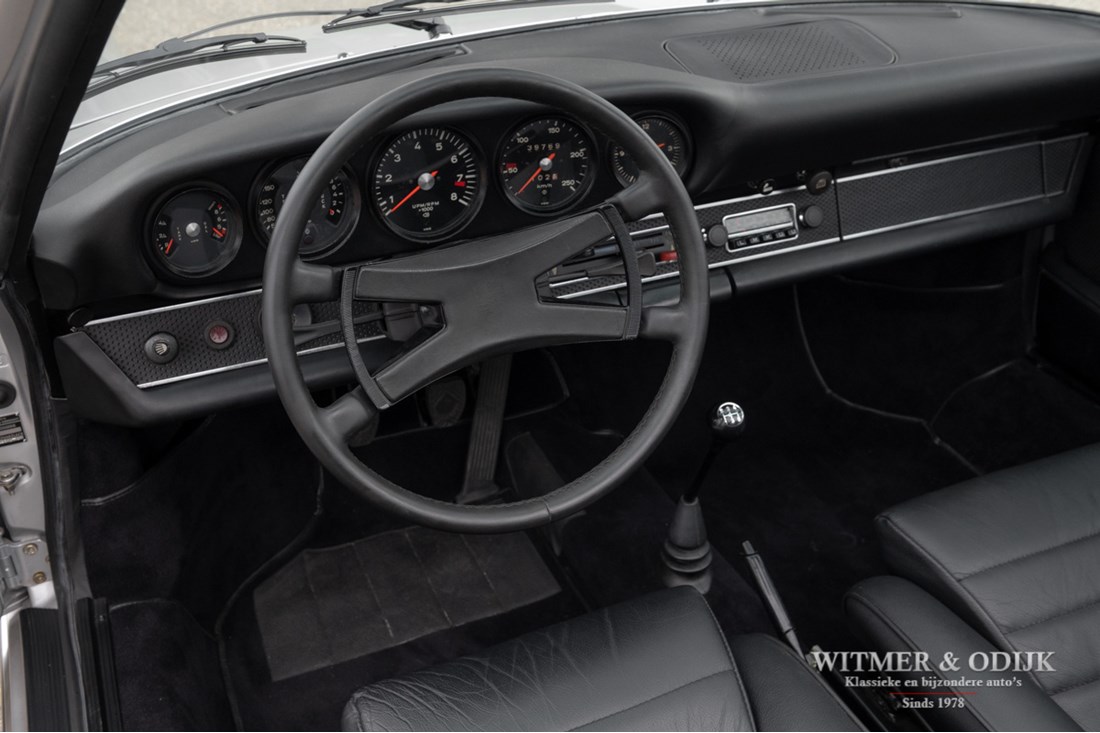 In the engine compartment one finds the original 2.2 litre 180bhp fuel injected engine which was rebuilt during the restoration and remains nicely dry, also on the underside. Therefore, the engine performs optimal, has good oil pressure, produces no smoke, and sounds as the proverbial Swiss swatch. The engine compartment itself has also been taken care of with many of the parts renewed. In the luggage compartment one can clearly note the new fuel tank, new batteries, and spare wheel. The correct toolkit and jack can also be found here. The four original Fuchs wheels are in new condition and fitted with new tyres. 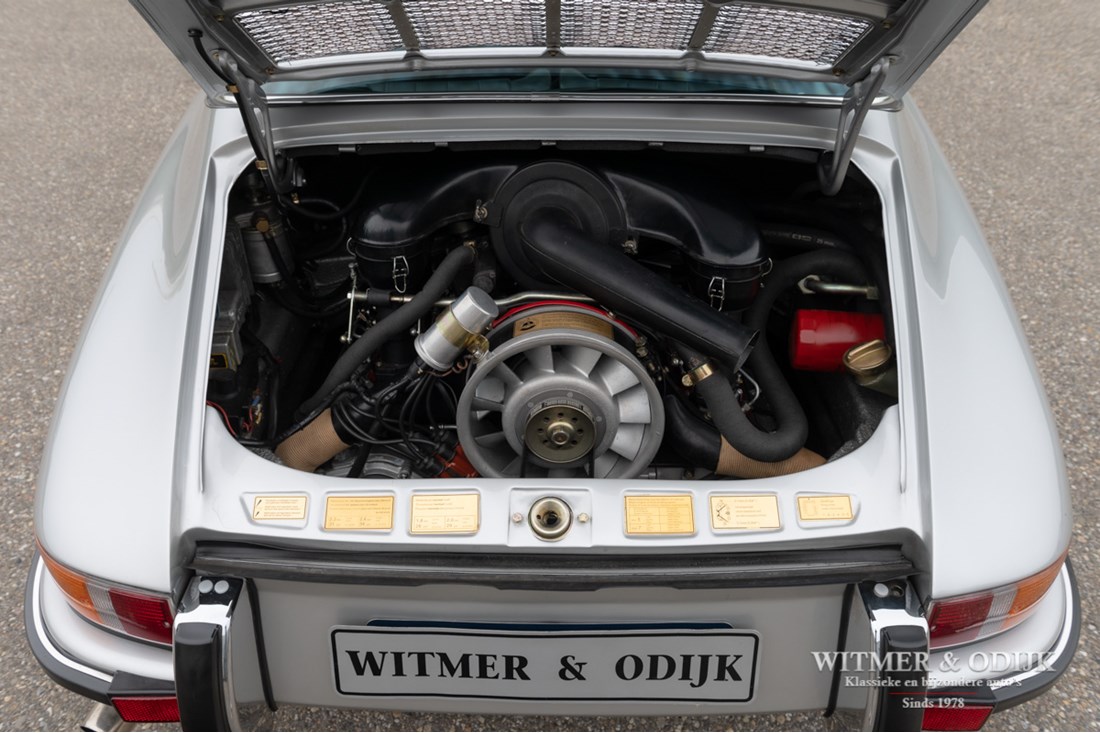 Sold new in 1970 in Belgium. Acquired by Porsche restorer Niels Seeland as directed by our customer, after which the car was rebuilt in 2012/13 with no expense spared. After a long wait, and continuous instalment payments were made the car was delivered to our address upon Dutch registration was arranged for. The car has seen regular sunny weather and joyous drives throughout the years, it is thence a special situation which allows for the sale. A 'somewhat' out of control renovation of our customer's cottage leaves him to sell his cherished and according to his wishes built 911. You must not feel pity, or burdened, directing a restoration or restoring yourself is truly considerably more expensive, and therefore, take the opportunity. Everyone happy.