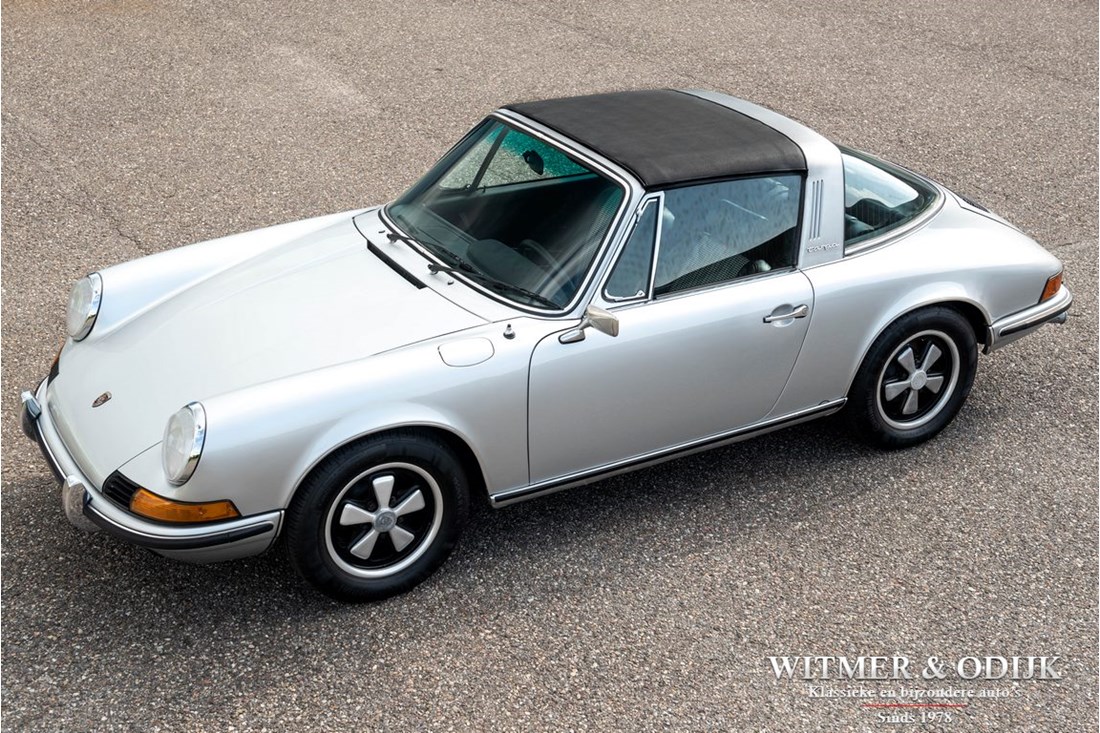 In 1973 there was not yet an extensive options list to choose from. This 911T Targa is fitted with nice tinted glass, headrests, a period Grundig radio and original Fuchs wheels. It concerns a 911T with some 911S options, such as chrome sill-covers and extra oil-pressure- and oil capacity gauge as well as a leather upholstered steering wheel.

Prerequisite of a healthy investment in a classic Porsche is a rust free body and floor. The full restoration of this Targa was carried out on a healthy and straight body to begin with, which now makes her one hundred percent rust free and solid. Straight and perfectly fitting bodywork with correct fittings. Perfect paint job, absolutely exquisite paint quality. All rubbers have been replaced. Brightwork has been renewed throughout. The car is fitted with undamaged tinted glass with a green layer on the front wind shield. The Targa roof is equipped with new rubbers making it fit perfectly snug to the body. 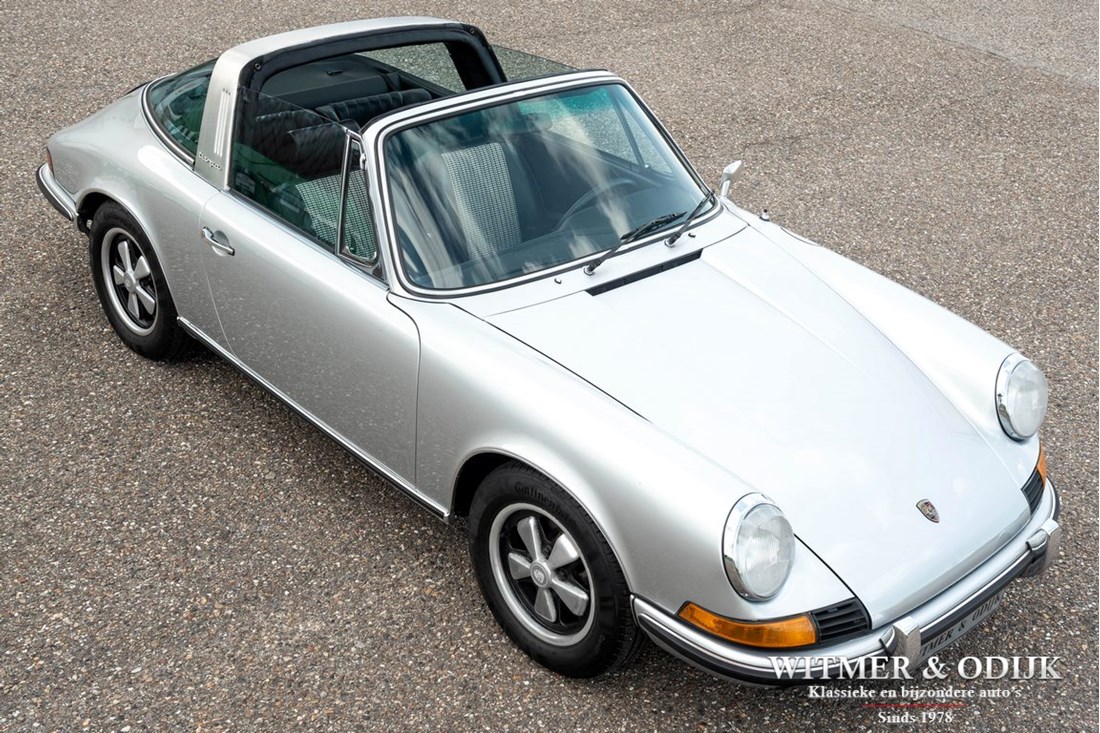 The complete interior is in excellent condition. All original and where needed replaced. The seats offer the right support and are free from damages, Fitted with original head rests. The dashboard has no rips and is nicely upholstered with the original material. An original and period Grundig radio is fitted. On the floor, new carpeting with black velour mats on top. The inner sills have also been newly reupholstered. The leather steering wheel looks good and remains original. All gauges, switches and levers function accordingly and are all undamaged. Safety seat belts have been fitted. 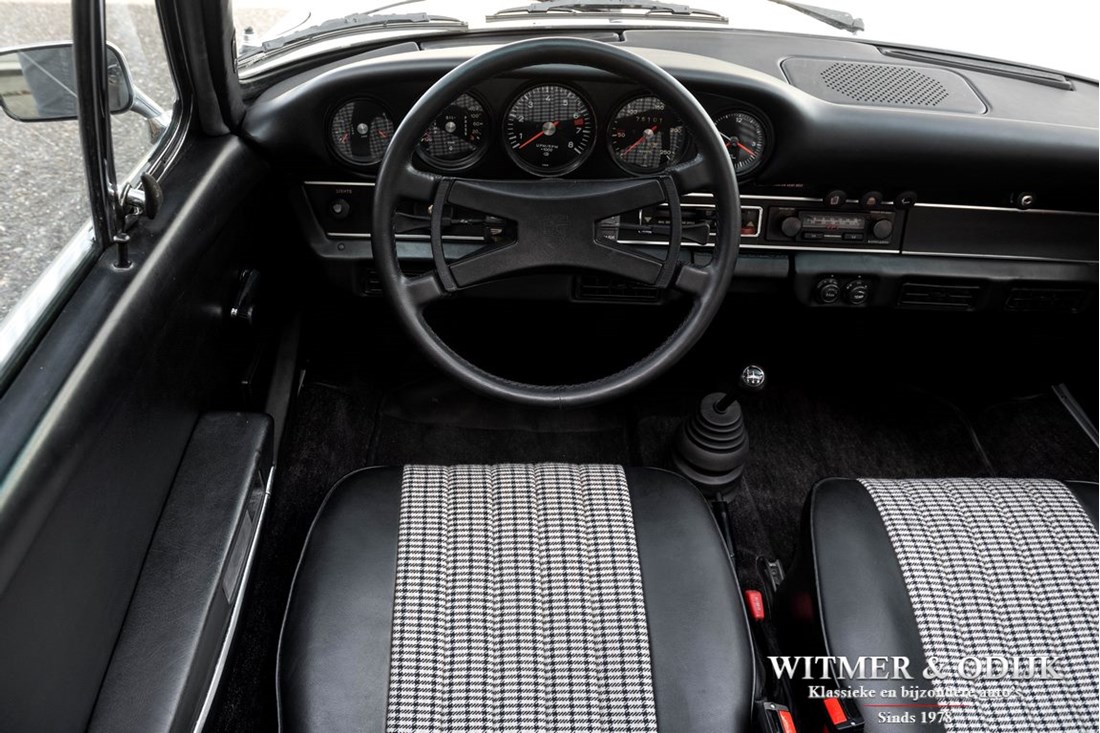 The Engine compartment of this 911 T Targa is the jewel of this Porsche. Truly new, which is also hows she runs. Evidently with the perfect oil pressure and completely dry under the block. No details have been missed. She is ready for many miles of happy motoring. Also the luggage compartment up front looks new. Cloth has been renewed and the toolkit, original spare and jack can be found here. The 15-inch Fuchs wheels are beautifully polished and are wrapped in new Continental tires. 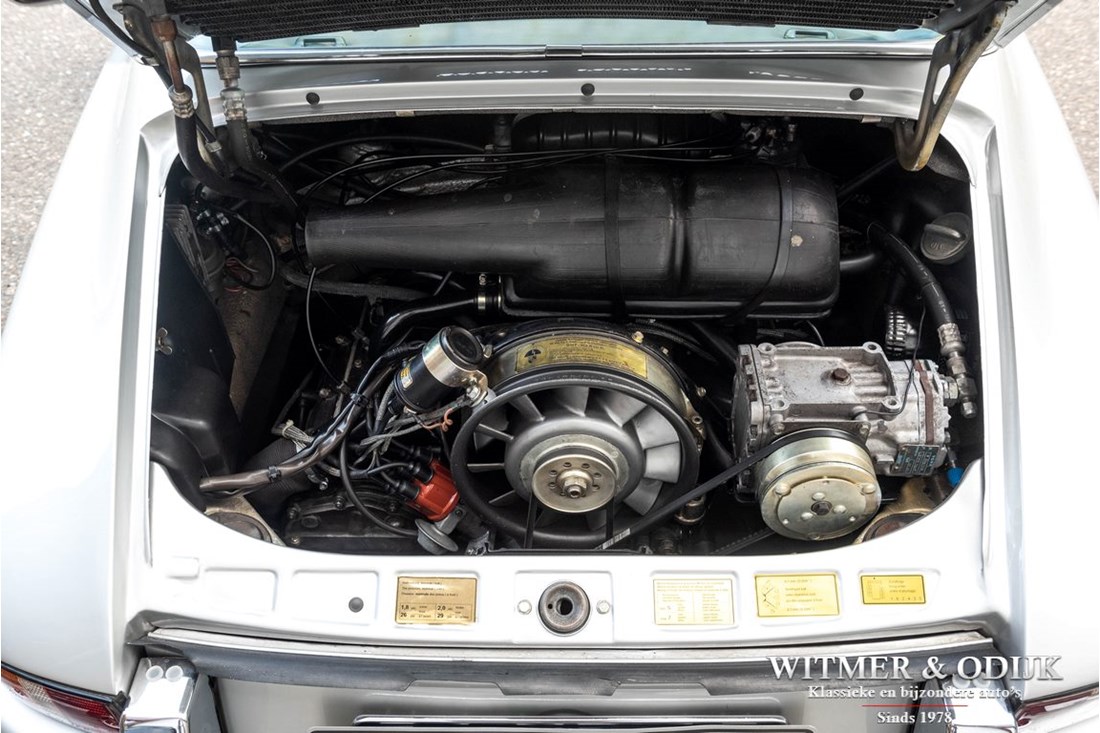 Produced in 1972 for model year 1973 wherein only 1302 examples were built. This original Californian delivered car arrived in the Netherlands in early 1980s. The last two years a Porsche specialist worked on this car as a hobby project on end, to finally present a "new" appearing and driving 911 T Targa. The result is a feast for your eyes and clearly of the highest level. No costs were cut. A project a private buyer would have to invest plenty more to bring to a good end. The restorer of this car prefers to build, selling the car personally would be too emotional for him. This is where I step in. Hardly ever do I come across a car that has been restored to this level.