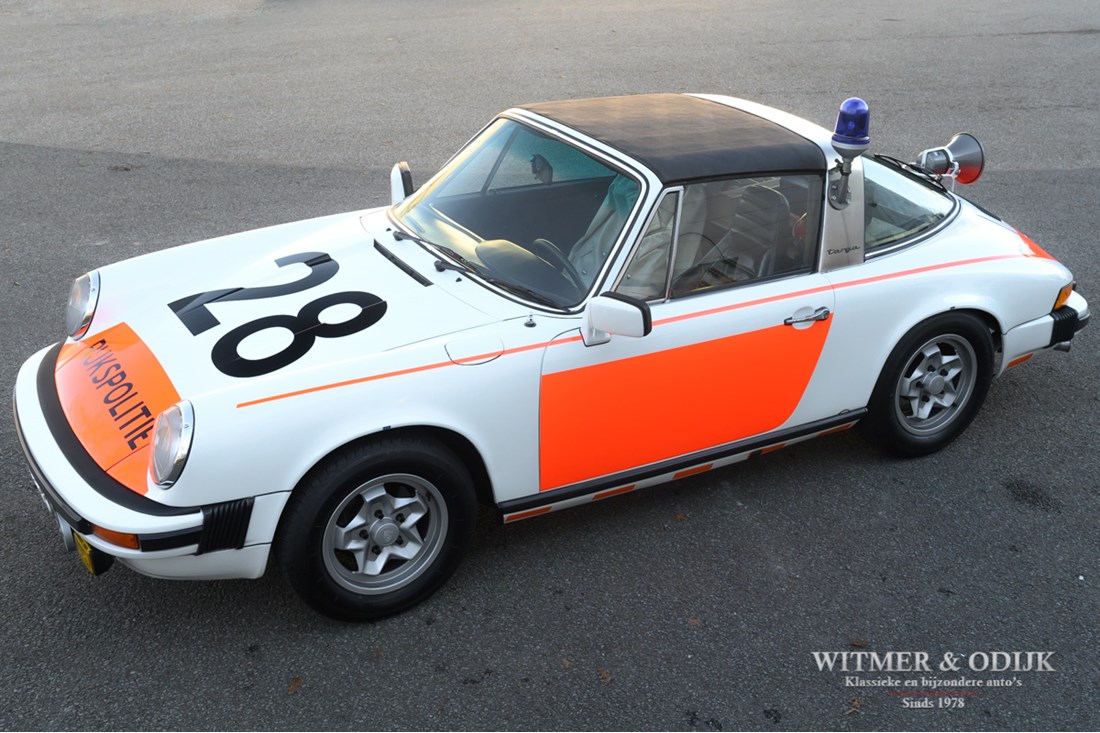 Can you remember this one? For drivers over 40 years old a legendary occurrence that would suddenly loom up in your rear-view mirror or would warn you from the hard shoulder for fast approaching congested traffic. Feared but at the time respected, the special Porsche division of the Dutch National police. With the initial thought driving 20km/h faster or so than the average motorist, would stun and surprise, the Germans started making their Autobahn safer. In the Netherlands of the early 1960s around 1600 people annually died in traffic accidents, making road-safety a real issue. The Dutch national Police observed the success of the Rapid Porsches and wanted this too. Since 1962 The Dutch national police has gone through 500 Porsches, until the ministry of finance thought they were getting too expensive, and opted for the Mercedes 190.
Most of these, at the time feared albeit respected moustached officers, must have thought of their new equipment as if they were put in a taxi. The additional benefits for not having a Targa roof anymore included the obvious non-necessity for helmets, and a goodbye to overstretched arms. The ministry could never have apprehended the machines of their loyal servants would be collectible one day. Father time usually isn't too clever with old material. Even Porsches that weren't actually used as police vehicles received makeovers to look like they were once genuinely in service. This example however is as real as they get. The STOP sign at the rear works perfectly, as does the University megaphone, which makes number 28 special. The Porsche is an original Dutch national police car, which has been restored professionally and remains fitted with countless original accessories. A small summary; a rare helmet, coat, emergency light, fire extinguisher, working stop sign, service hat, first aid kit etc. etc. In October of 1976 Alex 12-28 was taken into use by the 'Algemene Verkeersdienst' in Driebergen. The license was never transferred and therefore she holds her original number plate. The car was sold off by the Rijksdienst domains after several years of active service. It was so that in 2017 the car got its second, and first private owner, an avid and perfectionistic collector of these Dutch national police cars. He recognized the car as a police car immediately, on part of the missing gills on the stainless-steel roll-over bar. He commissioned to have the car restored by a renowned Porsche specialist. The results speak, not a single detail was looked over; perfect paintwork and with everything working accordingly. The car is fitted with original 15-inch Hackmesser ATS wheels and a 165bhp strong 2.7 litre engine. The engine number is within range of the ones used for these special police vehicles. It cannot be guaranteed this block was fitted to this car originally. Still, the engine number is in close proximity, and is most likely a spare engine supplied to, and fitted by the Dutch national police. A usual procedure. The engine has been rebuilt. Here it concerns one the most complete and original examples, which is even driving still. This Dutch National police 911 is one-of-a-kind and in great mechanical order. The car drives excellent. The original, period, blue plates are present evidently. The many rare and incredibly hard to come by accessories and clothing finish the car off. Also present are a statement from PON (imports) stating the car was supplied to the Dutch national police force for the usage on Dutch motorways, photographs of the car in action, and an exemption from the Police to use the car with all its accessories on Dutch national roads. A driving piece of Porsche- & Dutch-Police-history with a high fun-factor. 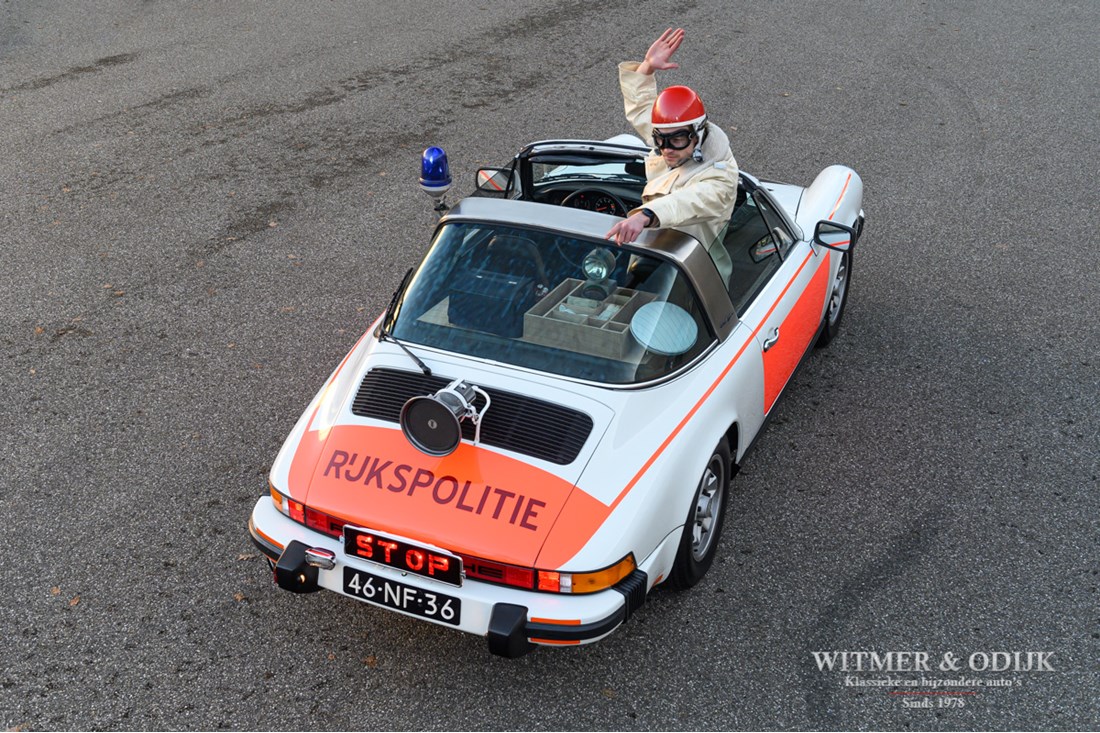 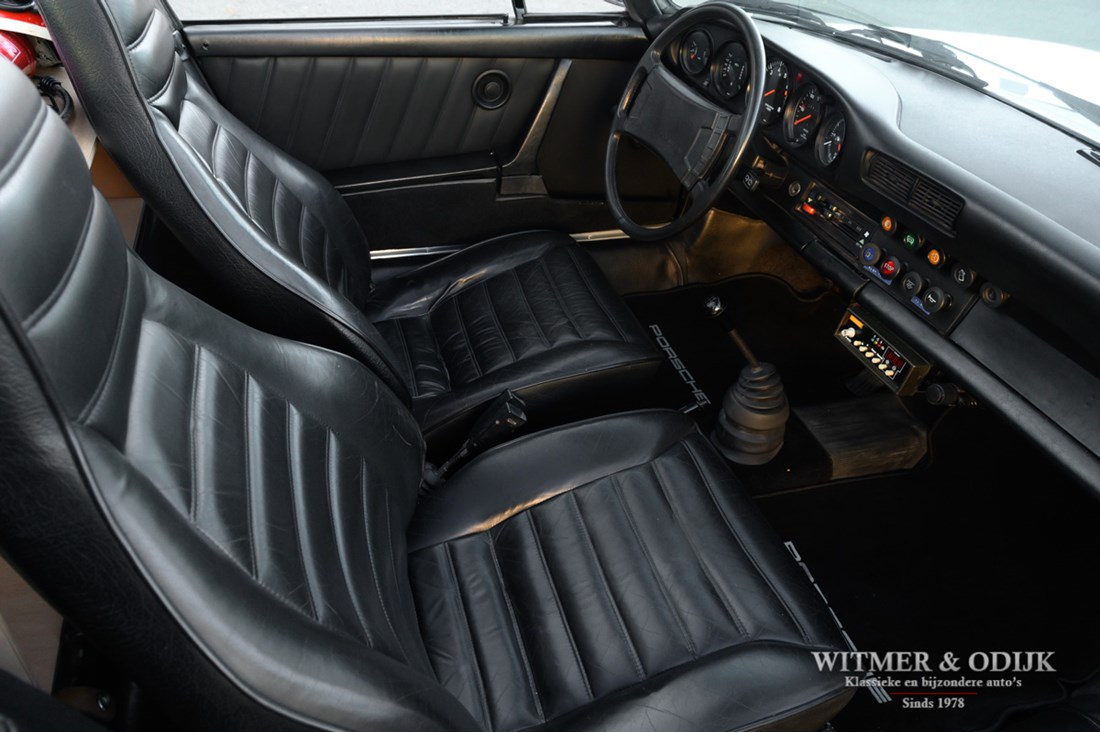 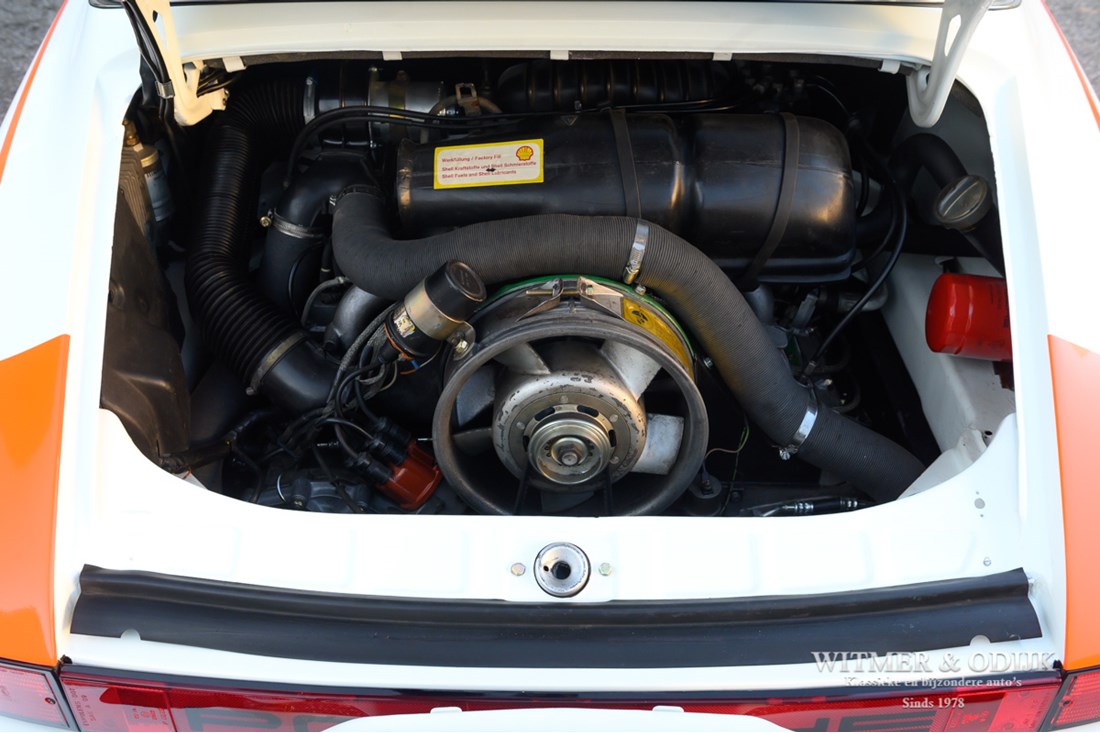