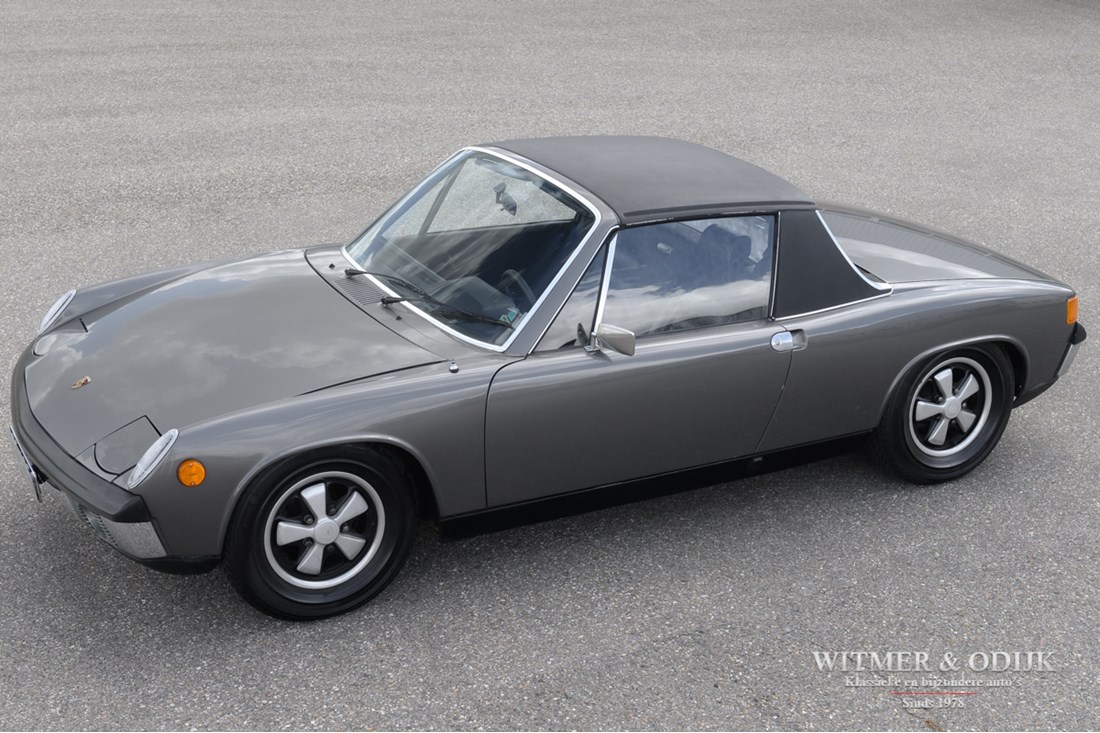 The early family ties between Volkswagen and Porsche are known by all car enthusiasts. The reason behind the existence of the now iconic 914 is a little lesser known. A tale that is filled with cooperative efforts from Karmann, Volkswagen and Porsche. Karmann was looking to replace the Karmann Ghia, Volkswagen was looking to expand its catalogue alongside the Beetle, and Porsche was looking to introduce a model that could be positioned under the 911. No one can serve two masters, and thus too can't the 914. Confusing marketing -was it a Porsche, or a Volkswagen- and the design that wasn’t to be styled to look like an existing Porsche or Volkswagen. None helped its positioning. The agreement between the three parties was never put on paper and after the sudden death of one of the founders the spiralled into a legal row. There were arguments about who owned the design and who was pay to for certain parts of the operation. The result was the founding of an independent company of which both Porsche and Volkswagen had 50 percent stakes in. There’s the name Volkswagen-Porsche. Finally the situation looked like this; the 914 was no longer a true budget Porsche and Volkswagen was now stuck with a car that was way too valuable for their portfolio. Disappointing economic success was the result. All while in 1970 the 914 was rewarded the title: “import car of the year” in the US. The luggage compartment front-and rear, along with phenomenal handling were the most valuable to the jury. Had they been familiar with the quality of Karmann sheet metal at the time they would probably not have received this reward. Unfortunately this came years later. Rust free examples are therefore hard to come by. A 914 is conceptually more attractive than a 911. A midship engine instead of an engine behind the rear axle, two luggage compartments and a spacious cockpit are major benefits. Here offered example is a rare 914 with six-cylinder boxer just like 911’s at the time. A 914/6 is even quicker than a period 911 2.2T. A mere three percent of the total volume of 914’s was fitted with a six-cylinder, in total 3351 examples were constructed. The 914/6 was positioned as a true Porsche, sans Volkswagen badge, and solely sold by official Porsche dealers. The high new price meant they never sold well, after just two years Porsche decided to kill off the 914/6. The quality of the Karmann sheet metal resulted in the worldwide belief that only half of the original production still exists. Even stronger, estimated is that just 300 to 600 examples are still complete with their original ‘matching’ engine, so not a swapped 911 unit. A healthy example with original ‘matching’ engine is therefore unique in my offerings. Unrestored and with an interesting backstory, that is wholly documented in a heavy and complete logbook. In 1970 this 914 was newly delivered to Mr. Andresen in the Californian town of Acardia, a suburb of Los Angeles. In February 1983 Lowell Harris buys the Porsche from the first owner for his wife (sales contract present) named Inga Swenson, an American actress who was nominated for the Golden Globes in 1986 and known for her role in the show “North and South”. Inga Swenson had the car repainted in her favourite colour of Schiefer Grau and holds onto the car to 2018. A Dutch Porsche enthusiast manages to buy the car of her and get it shipped to here within a year period. He decides to keep the favourite colour of Inga, inclusive of traces of usage. The body is no nicely ‘California solid and original’ that it needs no further attention, simultaneously he realizes a new coat of paint would stand out next to the original chrome and black trim. More important to him are the mechanicals, driving this perfectly balanced 914/6 is an experience not be missed, and all attention should go there. Here in the Netherlands the engine was fully rebuilt, and all other mechanicals checked and where needed updated. The car as a result drives as new. Complete documentation from 1970 to 2015 shows the car was meticulously maintained by a Californian Porsche specialist. With the car are a birth certificate, the original manual, sales contracts, the original steering wheel (often stolen since it shares the exact same diameter with the 911 2.7RS), original radio, toolset and Fuchs spare. The (modest) traces of usage you will receive too… For those in the market looking to buy a very well driving matching numbers 914/6 with original and unrestored body, a very attractive opportunity awaits. 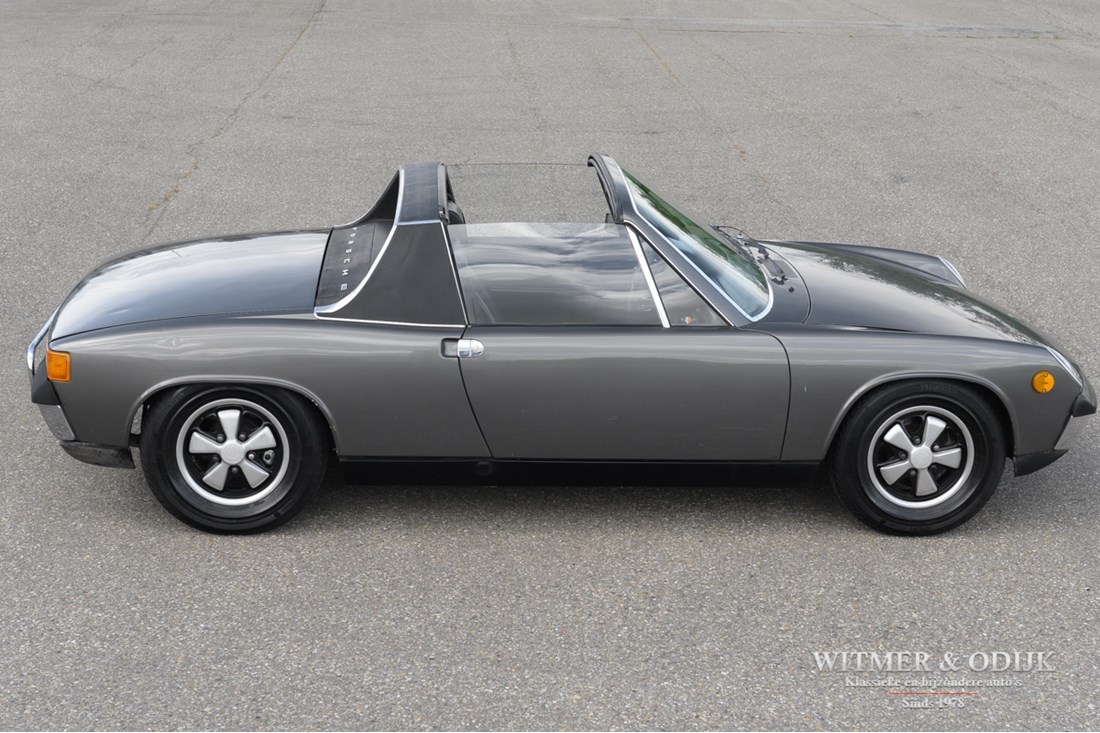 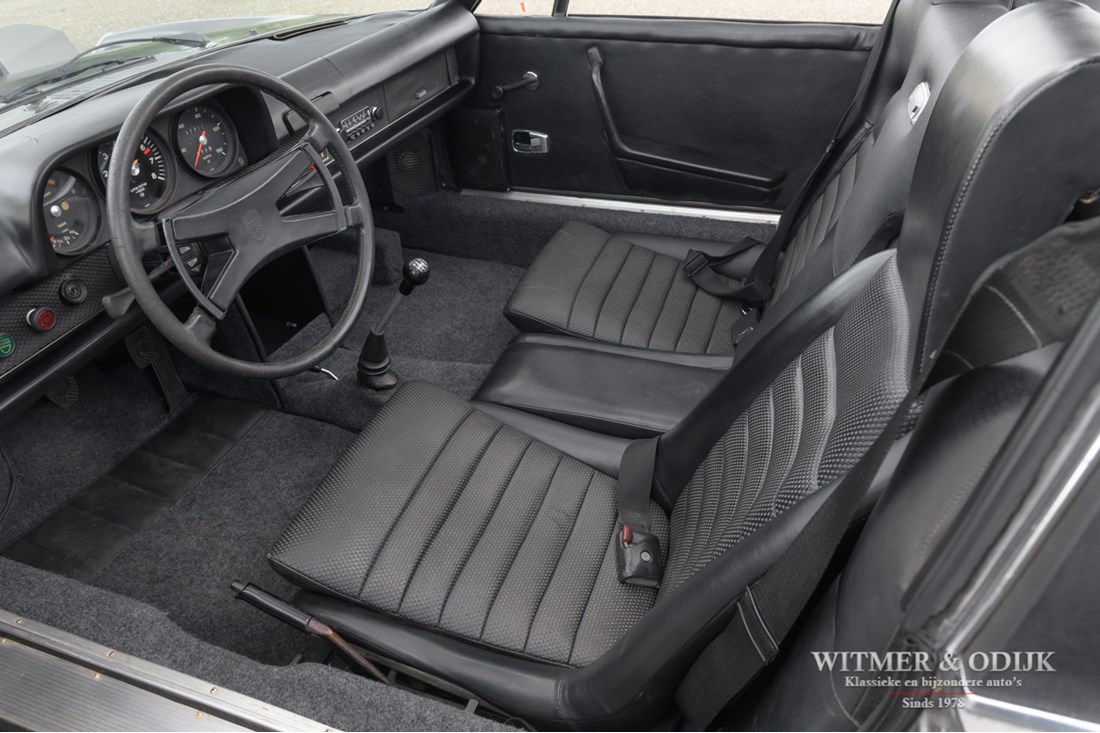